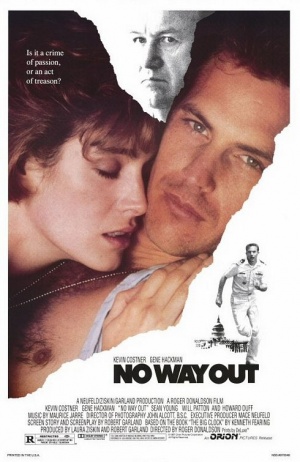 No Way Out is a 1987 American thriller directed by Roger Donaldson and starring Kevin Costner as a US Naval officer who finds himself romantically involved with a woman (Sean Young) who turns out to be the mistress of the US Secretary of Defense (Gene Hackman). He then becomes implicated in a murder investigation that reaches to the highest echelons of the Pentagon. The film was based on the novel and 1948 film noir The Big Clock.

The following weapons were used in the film No Way Out: 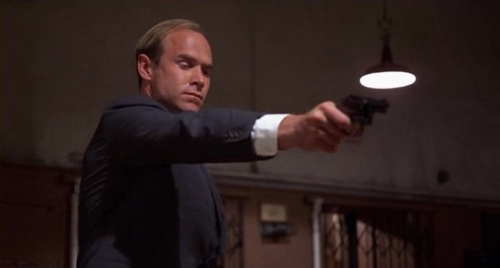 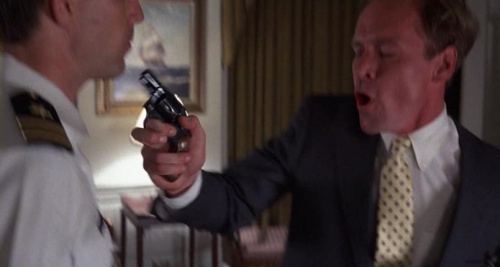 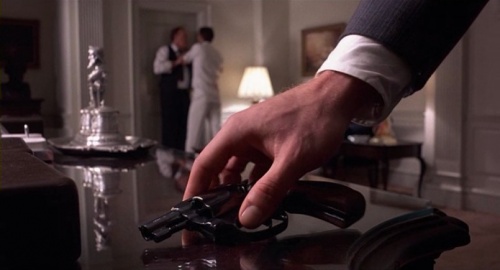 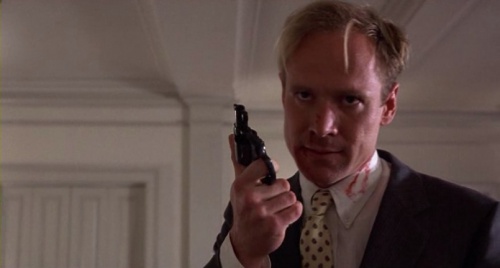 The M1911A1 is the sidearm pulled by the Marine guard standing outside the office of Secretary of Defense David Brice (Gene Hackman). It's also the sidearm of Major Donovan (Jason Bernard) of the Criminal Investigation Division. 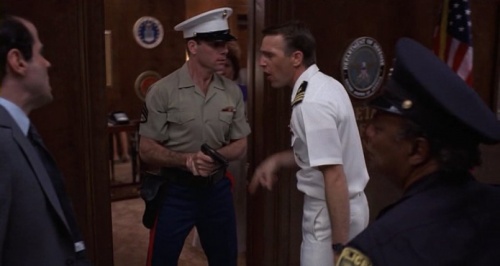 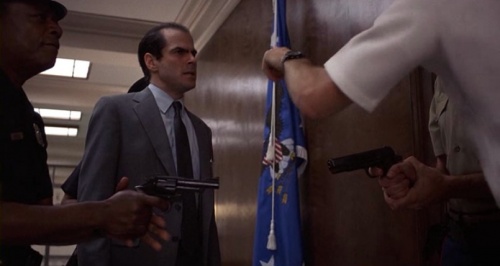 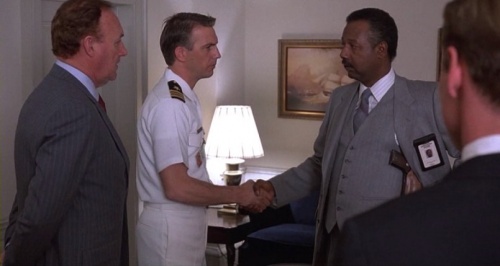 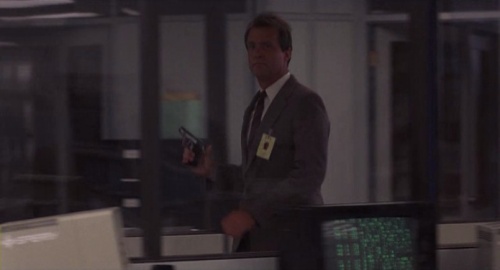 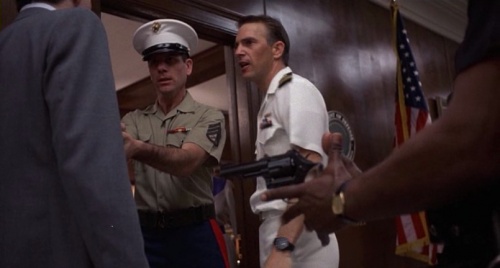