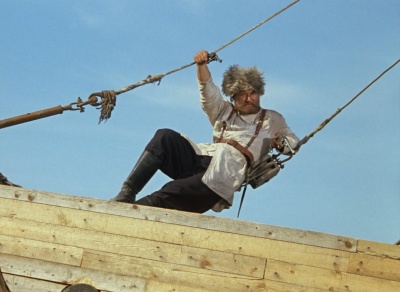 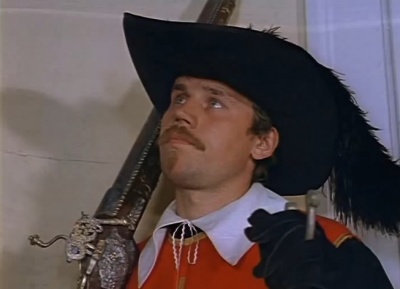 Nikolai Vashchilin with the Wheellock Musket as Cardinal Richelieu's guard in D'Artagnan and Three Musketeers (1979).