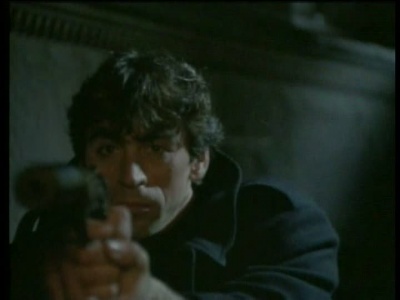 Nicholas Kadi as "Auram Bardas / The Weasel" with a suppressed Walther P38 in Popeye Doyle.

Nicholas Kadi is a Turkish/Iraqi-American actor. In addition to playing many Middle Eastern/Southwest Asian roles, he is also a talented suit performer, appearing in animal suits in various feature films and commercials.His grandfather, Nuri El-Kadi, rode with T.E. Lawrence (Lawrence of Arabia) against the Ottoman Empire in World War One.