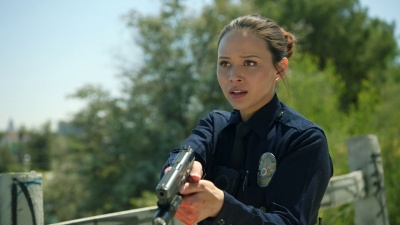 Melissa O'Neil is a Canadian-born actress/singer who was the winner of the third season of the series Canadian Idol. She also has appeared in such series as Dark Matter, Rogue, Condor, and The Rookie.