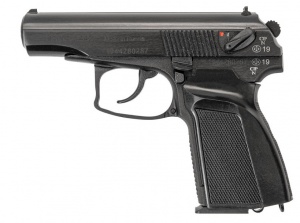 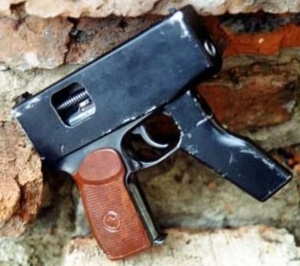 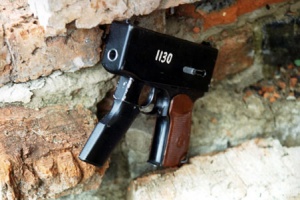 The RARAN Prototype 1130 (also known as the Konovalov Submachine Gun or simply Prototype 1130) is a prototype full-auto machine pistol conversion of a Makarov pistol. The conversion was attempted by Alexei Konovalov, lecturer at the Russian Academy of Rocket and Artillery Sciences (Russian: Российская Академия Ракетных и Артиллерийских Наук; Rossiyskaya Akademiya Raketnykh i Artilleriyskikh Nauk) around 1998, but ultimately never passed the prototype stage. Only one was ever made.

The sample itself was made not as a potential combat weapon, but as a proof of concept of creating an automatic weapon with the shortest possible bolt, while being distinguished by a (relatively) low rate of fire for better feeding and controllability, which could then be used to develop a new SMG on this scheme.

The pistol used a sliding bolt mounted on top of a Makarov slide. A foregrip was also present and the weapon was cocked using a charging handle on the left side. The overall design of the weapon is rather crude. It was capable of using standard Makarov magazines and fires at 950 RPM.

The alternate name of RAMA 1130 comes from an incorrect translation of the academy that Konovalov designed the weapon at (Russian Academy for Missiles and Artillery).