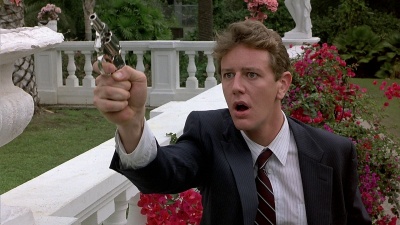 Judge Reinhold is an American actor best known for his role as Detective Billy Rosewood in the Beverly Hills Cop film trilogy. He also has appeared in such films as Fast Times at Ridgemont High, Vice Versa and The Santa Clause trilogy.