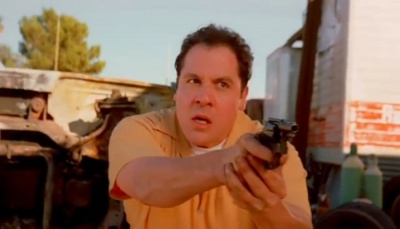 Jon Favreau is an American actor/writer/director who has appeared in such films as Rudy, Made, Couples Retreat and Daredevil (2003) in addition to his role as Happy Hogan in the MCU. He gained prominence in Hollywood after writing and starring in the 1996 film Swingers. He also would write the screenplays for his films Made and Chef and has since gone on to direct several popular films, including Iron Man and Iron Man 2 as well as CGI live-action feature film remakes of Disney's The Jungle Book and The Lion King. In addition, Favreau is also responsible for creating the first Star Wars live-action series for the streaming service Disney+ with The Mandalorian. He also voiced Happy Hogan in the What If...?.

Please visit here for the media in the IMFDB produced or directed by Jon Favreau.