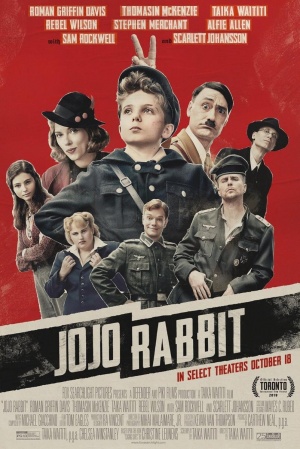 Jojo Rabbit is a 2019 American comedy-drama film written and directed by Taika Waititi and was based on Christine Leunens's book "Caging Skies". Roman Griffin Davis stars in the film as Johannes "Jojo" Betzler, a Hitler Youth member who discovers that his mother Rosie (Scarlett Johansson) is hiding a Jewish girl (Thomasin McKenzie) in their attic. He must then question his beliefs, while dealing with the intervention of his imaginary friend, a fanciful version of Adolf Hitler (portrayed by Waititi). The film's cast includes Rebel Wilson, Stephen Merchant, Alfie Allen, and Sam Rockwell. Jojo Rabbit would go on to be nominated for six Academy Awards, including Best Picture and Best Supporting Actress for Johansson, with Waititi receiving the Award for Best Adapted Screenplay.

The following weapons were used in the film Jojo Rabbit:

Captain Klenzendorf uses a Walther P38 to impress the young boys at the HJ Summer camp. Later his assistant, Finkel, uses it in battle. 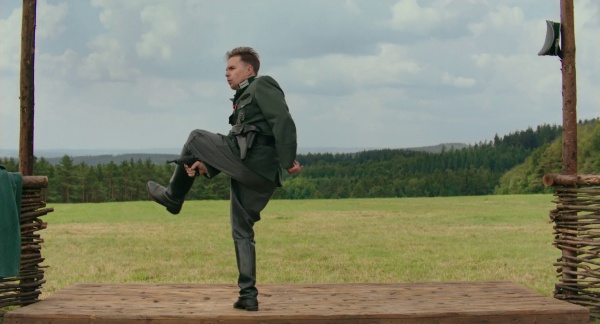 Fraulein Rahm in several occasion is on screen with a Luger P08 Pistol. On the first occasion she try to offer it to Jojo, then she play with it in the conference room and during the battle she give it to Yorki, Jojo's friend.

During the Battle a Volksturm fighter without an arm seems to be carrying a belgian style, late 19th century, black powder revolver. 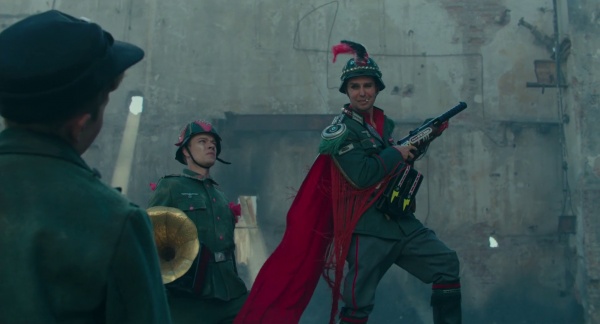 Captain K holding his MP28 in the trailer of the movie

In several scenes the iconic MP40 can be see in the hands of different soldiers.

During the battle sequences an extra and a little girl can be seeing holding a MP3008, a limited production SMG copied from the Sten Gun to arm the volksturm with a cheap and effective automatic gun.

Throughout the film the Karabiner 98K, being the main issue gun of the german Army can be see in the hands of several characters and extras. 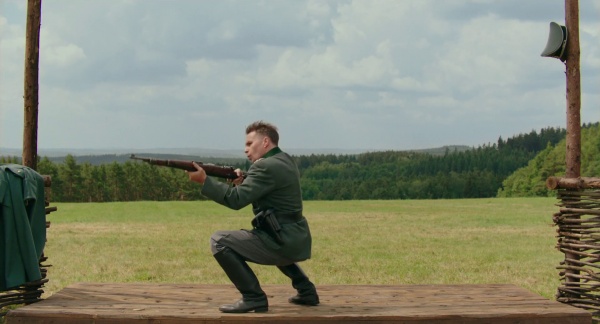 The Mosin Nagant can be see clearly in the hands of several volksturm fighters (This is not a historical error, since at the end of ww2 the militias of the third reich were armed with anything at hand, included some of the millions of Mosin Nagant Rifles captured during Operation Barbarossa) and of some red army soldiers.

Again, in the hands of a militia fighter

carried by US soldiers

Carried by US soldiers 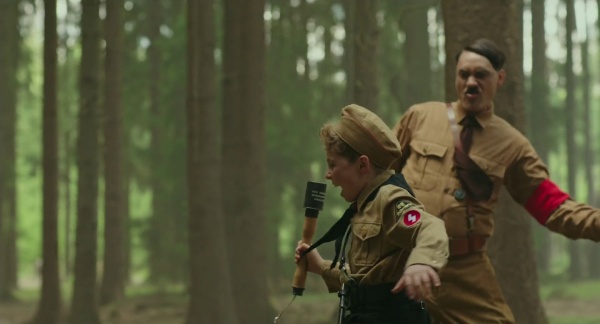