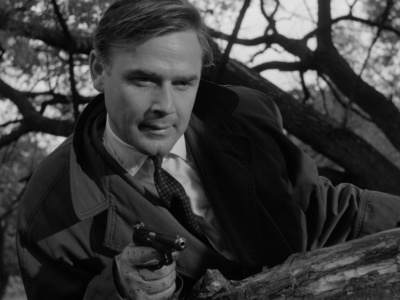 Joachim "Blacky" Fuchsberger (March 11, 1927 – September 11, 2014) was a German actor and television host. In the English-speaking releases of the films he was sometimes credited as Akim Berg or Berger. Fuchsberger is best known for numerous roles in the series of German films based on Edgar Wallace novels. He is also known for being the stadium announcer for the opening and closing ceremonies of the 1972 Summer Olympics in Munich.