Ilsa: She Wolf of the SS

The following weapons were used in the film Ilsa: She Wolf of the SS:

Several German soldiers are equipped with Walther P38 pistols. Wolfe (Gregory Knoph) and a prisoner also use them. 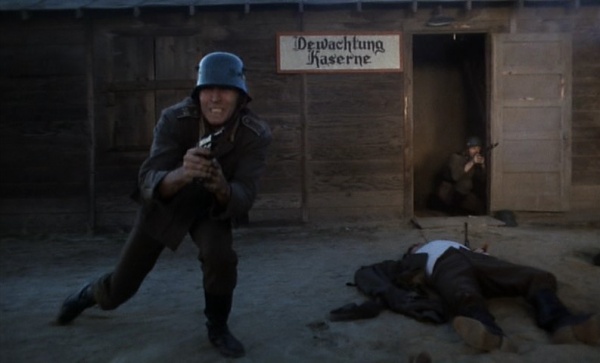 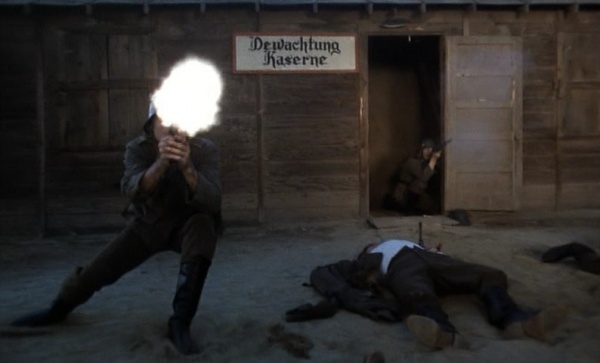 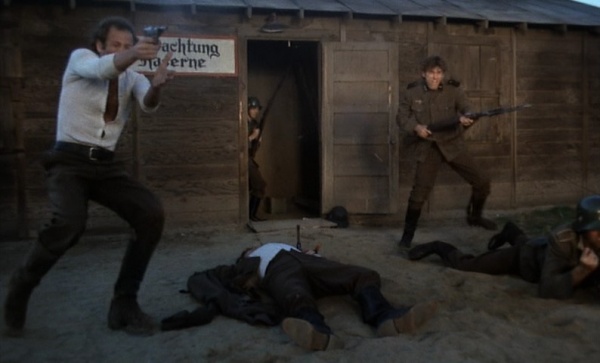 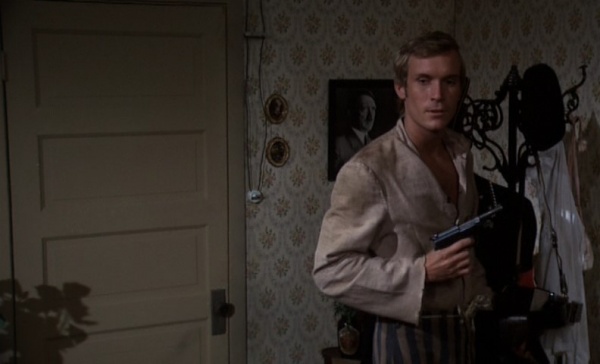 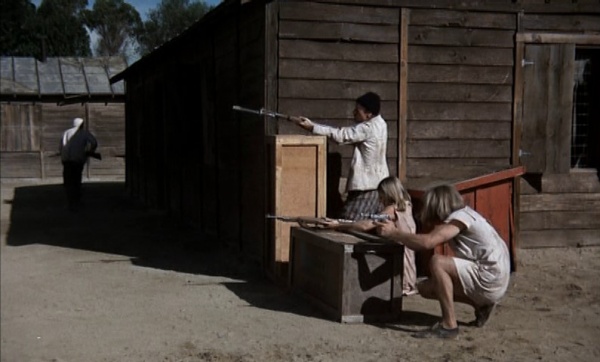 The prisoner on the right aims a Walther P38. 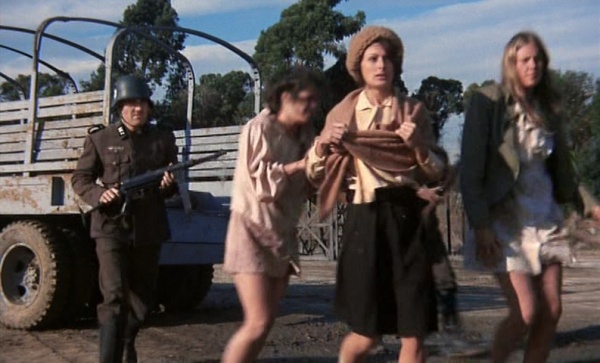 A German soldier holds an MP40. 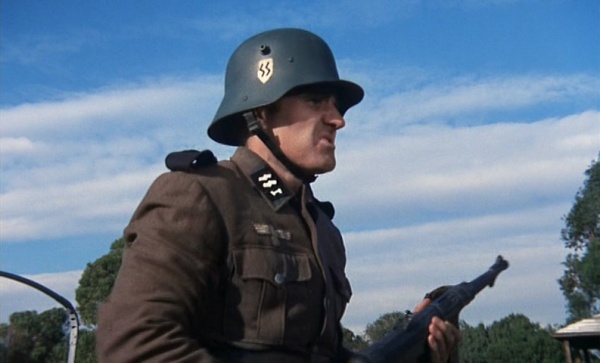 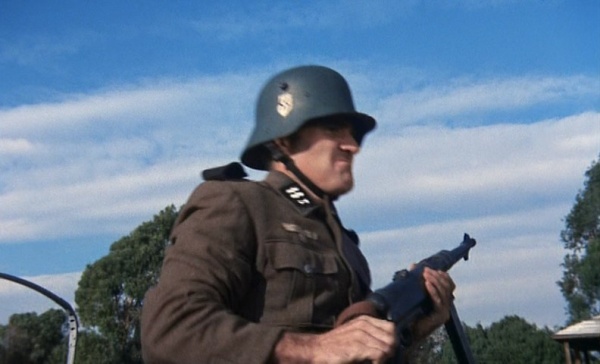 Most of the German soldiers are equipped with Karabiner 98k rifles. Several prisoners also use them. 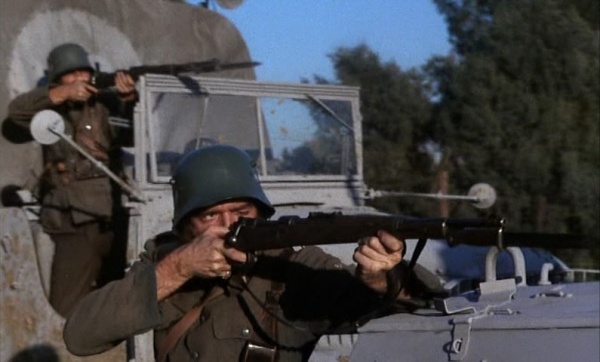 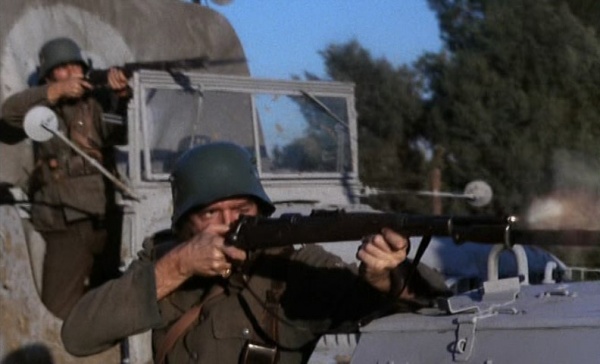 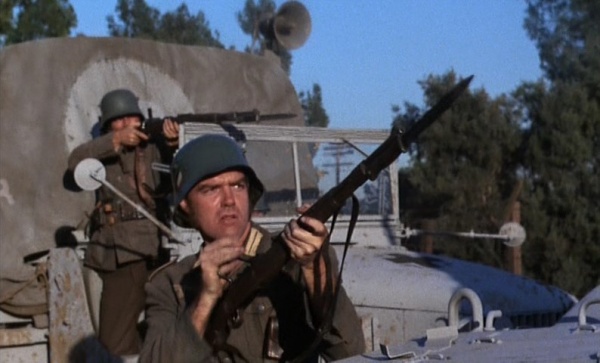 The German soldier operates the bolt of his Karabiner 98k.

The Germans have an American Browning M2 Aircraft machine gun in a guard tower. Mario (Tony Mumolo) also uses it. 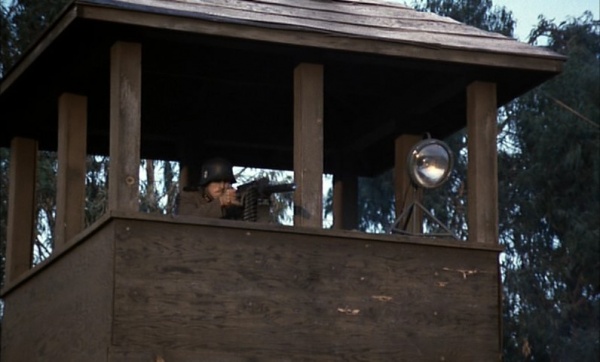 A German soldier aims an M2. 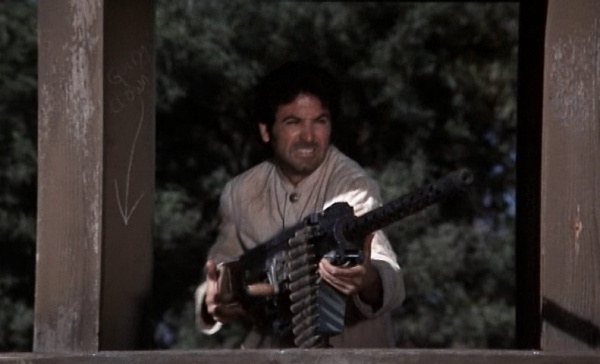 Mario sets up an M2. 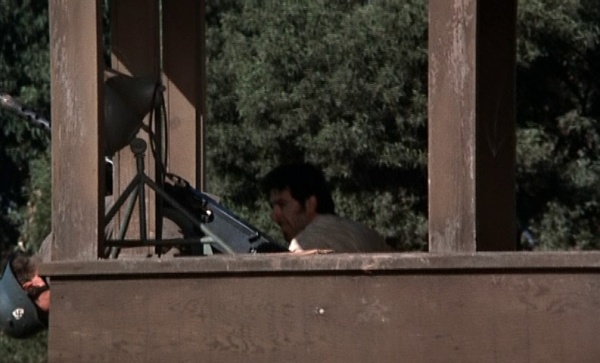 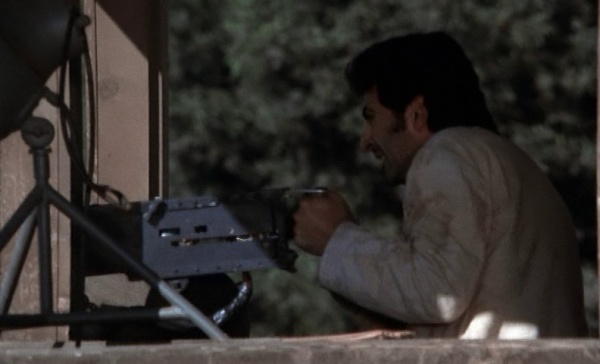 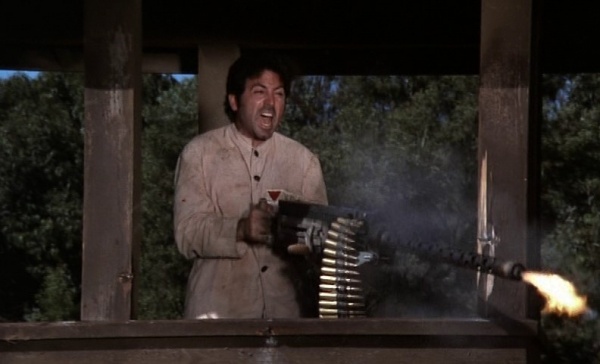 Mario fires the M2. The ammunition belt does not move while the machine gun is fired, indicating the muzzle flashes are provided by a propane or similar gas system.

The Germans use an American M8 Greyhound armored car painted with German markings. 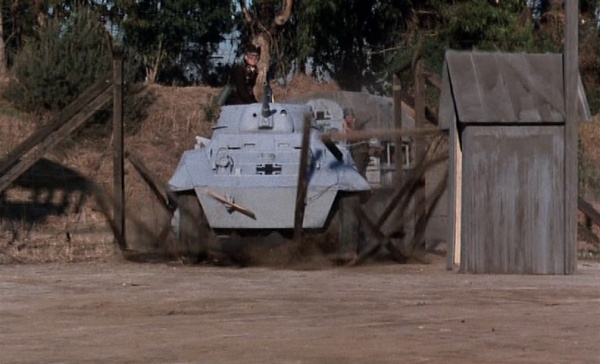 The M8 crashes through the front gate. 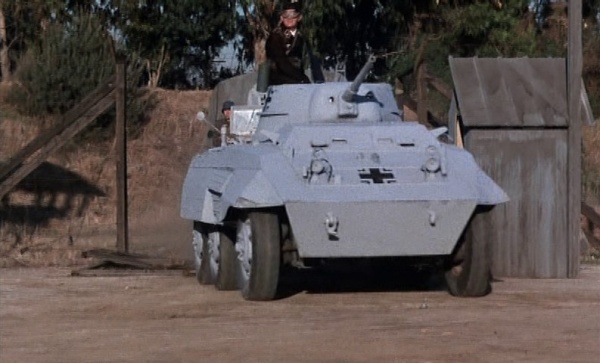 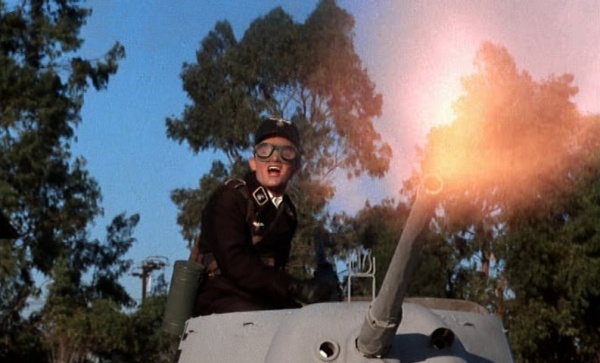 The main gun fires. The coaxial Browning M1919 machine gun has been removed. The empty machine gun port is just to the left of the main gun. 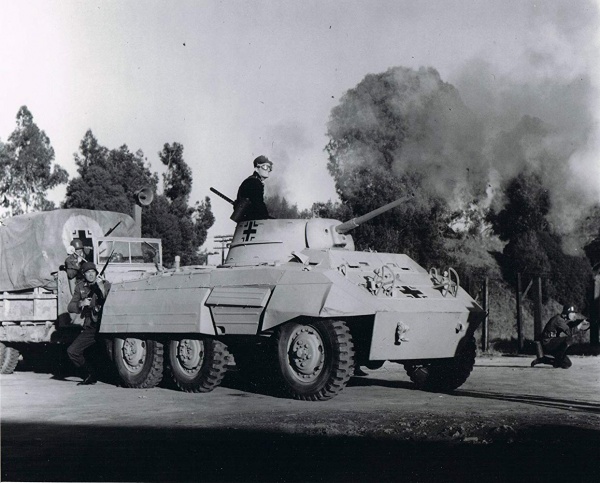 A production still of the M8. The top-mounted Browning M2HB machine gun has been replaced by a Browning M2 Aircraft machine gun. The barrel is visible to the left of the tank commander.
Retrieved from "http://www.imfdb.org/index.php?title=Ilsa:_She_Wolf_of_the_SS&oldid=1325129"
Categories: