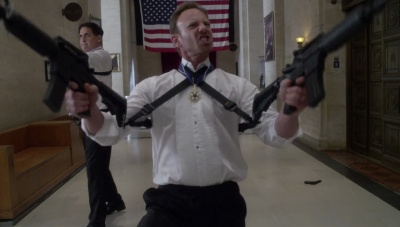 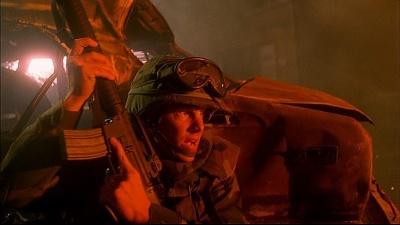 Ian Ziering as Capt. William Shepard with the M16A2 in JAG - Season 7.

Ian Ziering is an American actor who is well known to television audiences for his role as Steve Sanders in the series Beverly Hills 90210. In recent years, he has gained notice for his role as Fin in the Sharknado film series.