A World War II thriller about a group of Italian children who enlist the assistance of a wounded American officer to help them get revenge against the SS for the massacre of their hometown. 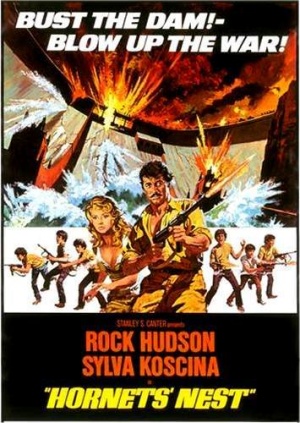 The following guns were used in the film Hornets' Nest:

The MP40 is used frequently throughout the film by many characters. 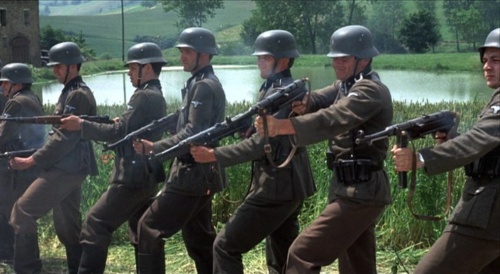 SS soldiers use their MP40's to massacre the people of Reonato. 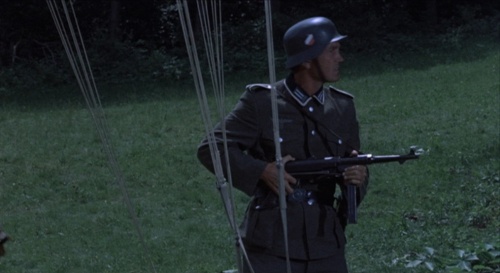 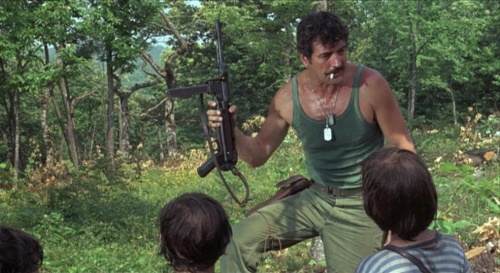 "This is not a toy. This kills." Captain Turner (Rock Hudson) shows the boys an MP40. 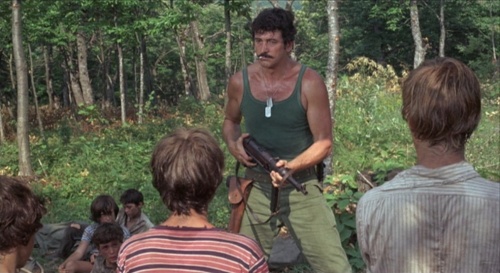 Turner demonstrates the proper way of holding the MP40. 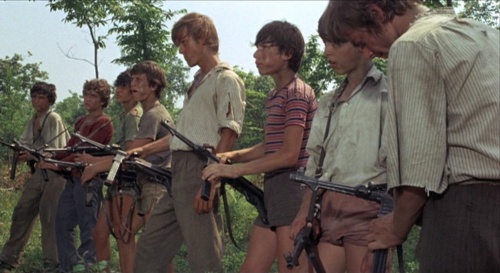 The boys with their MP40's. 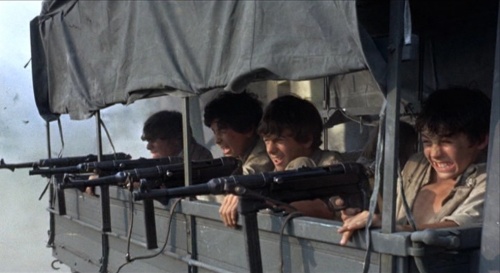 The boys fire their MP40's from the back of the truck during their attack on the SS' headquarters. 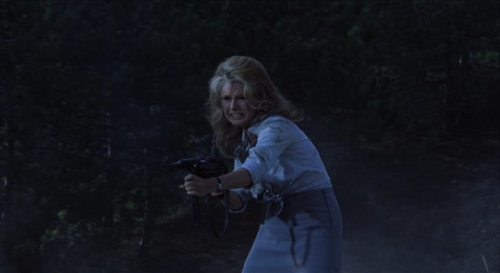 Although seen only fleetingly, the US paratroopers led by Captain Turner (Rock Hudson) are armed with M3 "Grease Guns."

Captain von Hecht (Sergio Fantoni) carries a Luger P08 as his personal sidearm. Aldo (Mark Colleano) also uses one at the end of the film. 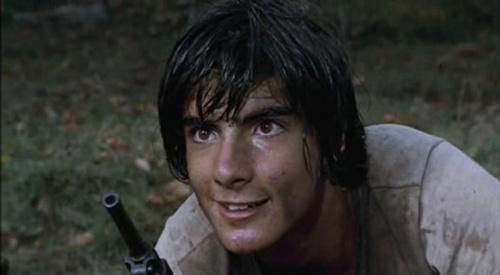 The Italian Partisans are armed with Beretta Model 38's.

Some of the Germans use Mauser Karabiner 98k's. At the end of the film, von Hecht (Sergio Fantoni) uses one to try and hunt down Turner and the kids.

An SS corporal is seen with a Walther P38 briefly.