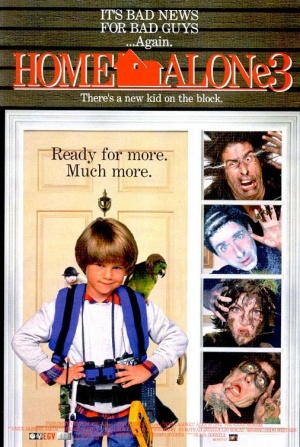 Home Alone 3 is the 1997 DTV Christmas sequel to 1990's Home Alone and was the first to not feature Macaulay Culkin as Kevin McCallister. Instead, this sequel focuses on Alex (Alex D. Linz), another young boy who must defend his house during the holidays from invaders, this time a ring of international hitmen. The 1997 sequel marked the directorial debut of Raja Gosnell, the feature film editor of the first two Home Alone films and also featured an early role for Scarlett Johansson.

The following weapons were used in the film Home Alone 3:

Peter Beaupre (Olek Krupa), Burton Jernigan (Lenny Von Dohlen), and Earl Unger (David Thornton) were all seen armed with 2nd Generation Glock 17s. Jurnigan's and Unger's pistols were fitted with suppressors. There were two sound goofs involving these pistols, the first is when Beaupre falls through the hole on the back porch, he fires the weapon, which makes sounds like it's silenced, but it isn't. Another goof is when Unger falls down the basement stairs, and after he falls on his butt, he fires his Glock, which is silenced, but makes a loud sound. 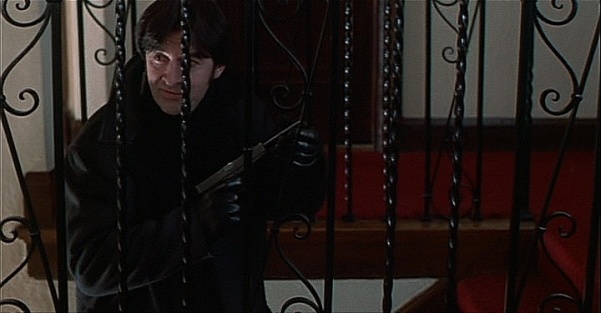 Beaupre installs his suppressor during the 2nd robbery. 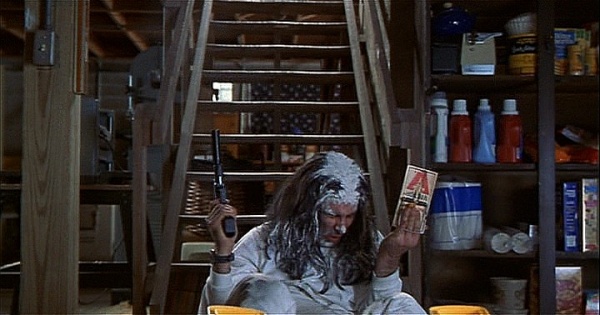 Unger fires his suppressed Glock at after getting his hand snapped in a mousetrap. 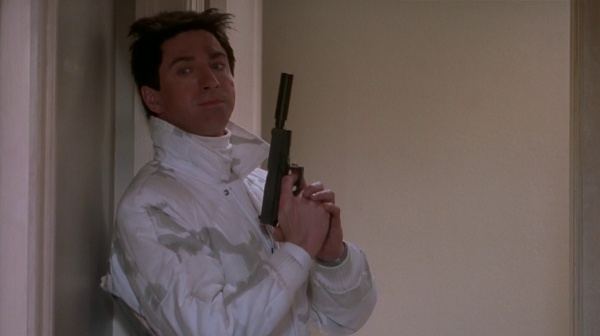 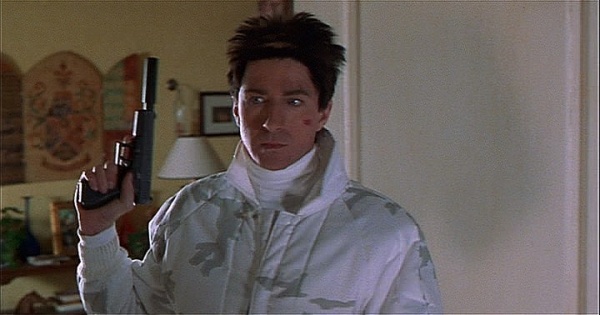 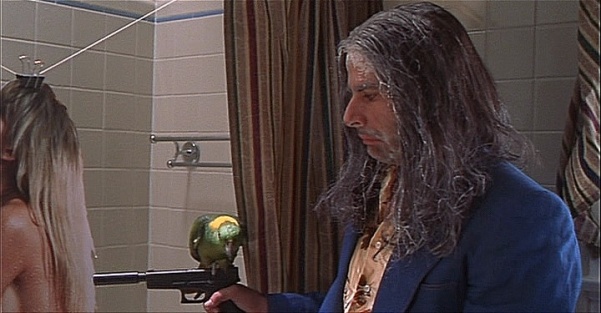 Earl Unger (David Thornton) with his suppressed Glock after finding the bird in the shower. 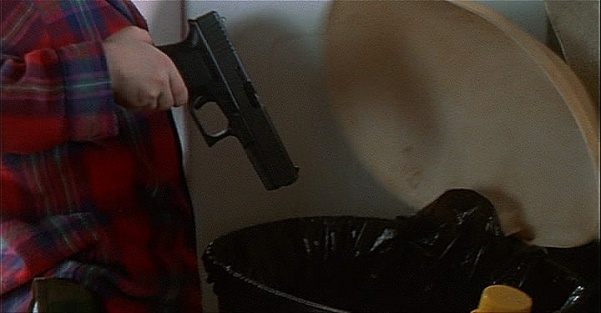 Alex throws Beaupre's Glock in the trash after finding it in his basement. Note that the trigger is in the rearward depressed position, meaning the gun is empty, likely done for safety reasons.

As part of his traps, Alex Pruitt (Alex D. Linz), converts a bubble gun into a look alike gun. This is clearly based on a Glock 17 which coincidentally is the same gun used by the robbers. Later there is also a dart gun that has been painted black and again a Glock 17 look alike. The weapon is most likely a prop. 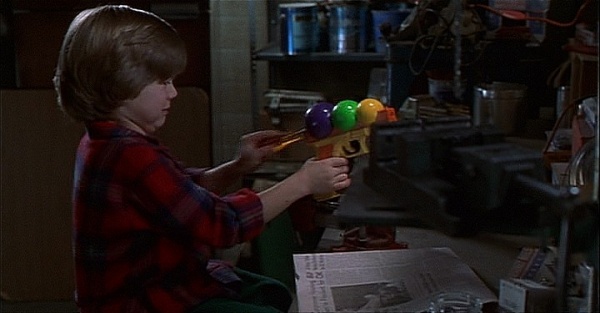 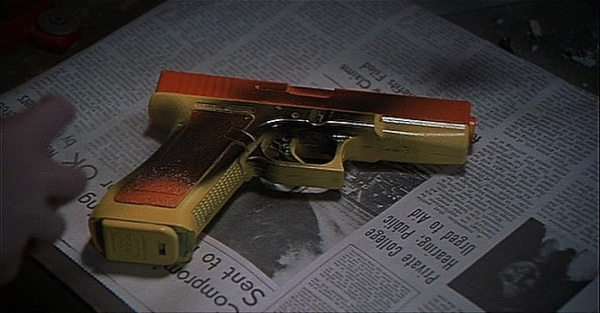 Alex paints the gun black. Note the Glock logo on the bottom of the magazine. Note also that no bubble gun would have a magazine. 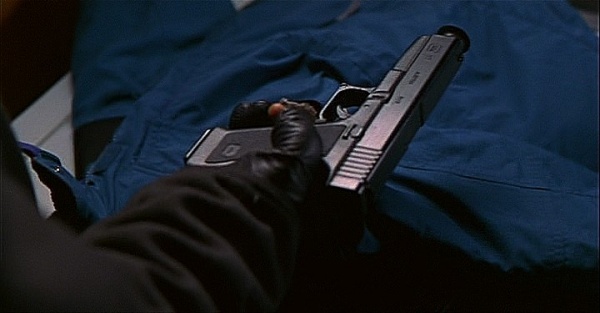 Mr. Beaupre accidentally picks up the dart gun instead of his Glock. It's very unlikely that an experienced gunman would confuse such a plastic toy for a real gun. Note this 'dart gun' has all the correct markings of an actual Glock, including the logo. 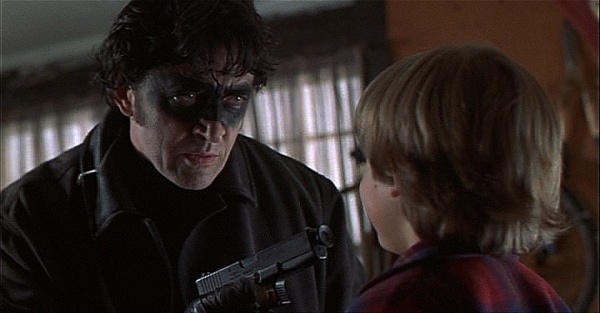 Mr. Beaupre aims what he thinks is his Glock but is actually a dart gun. 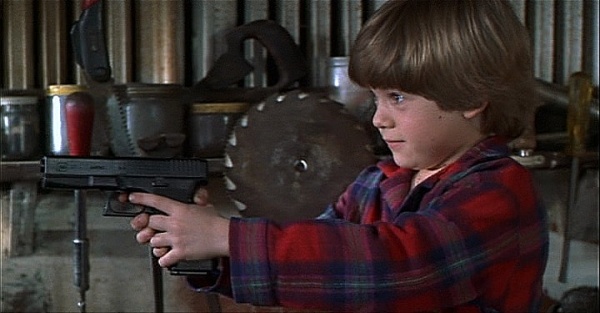 Alex aims the bubble gun Glock at Beaupre. Note the markings on the side indicating that this is an actual Glock. 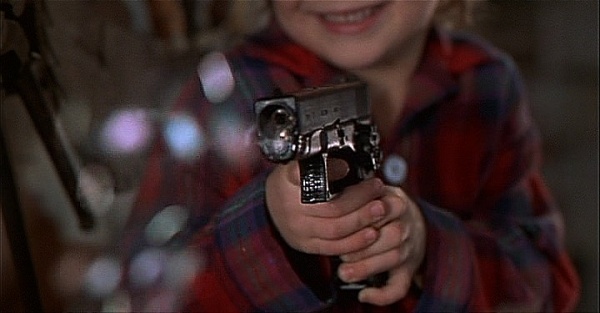 "Gotcha!"
Alex pulls the trigger and bubbles come out. 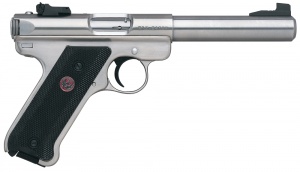 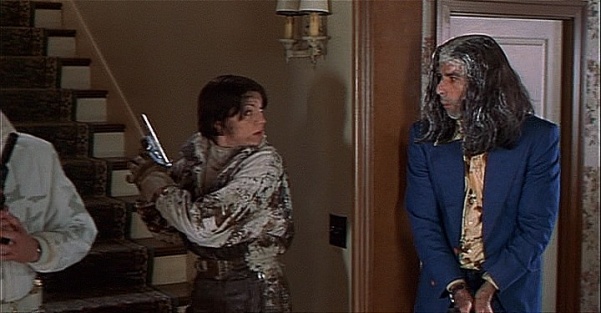 Alice with her Ruger Mk II. 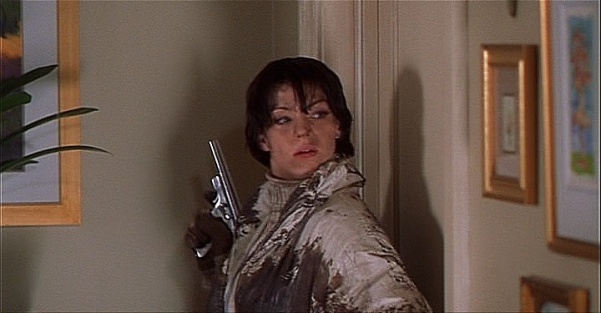 Alice prepares to enter the bedroom. The controls on the frame match that of a Ruger Mk II. Note this pistol has no trigger guard. Also, the grips appear to be custom imitation pearl.

The Beretta 92FS is used by multiple police officers in the movie. 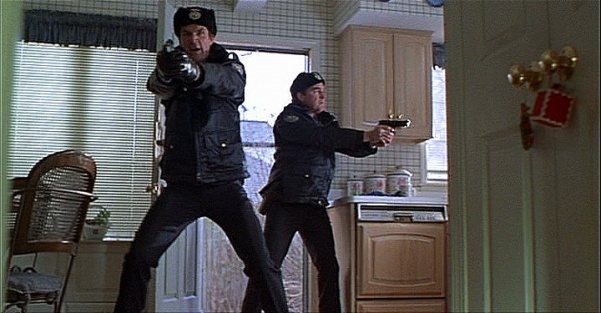 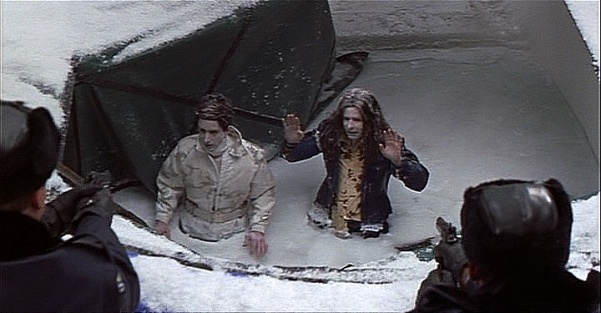 When Beaupre (Olek Krupa) enters the house after cutting thru the door, he is armed with an all black Ithaca 37 "Stakeout". After being punched in the crotch by one of Alex's traps, he falls on his butt, making it go off. 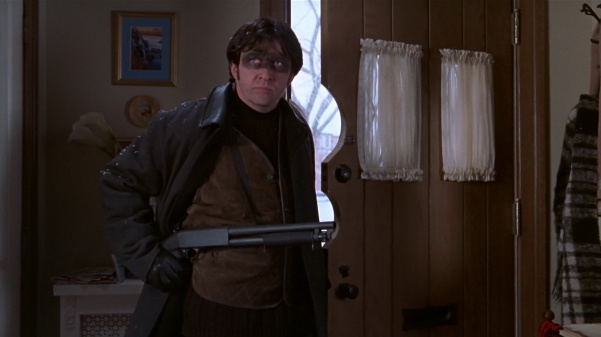 Beaupre enters with the shotgun. 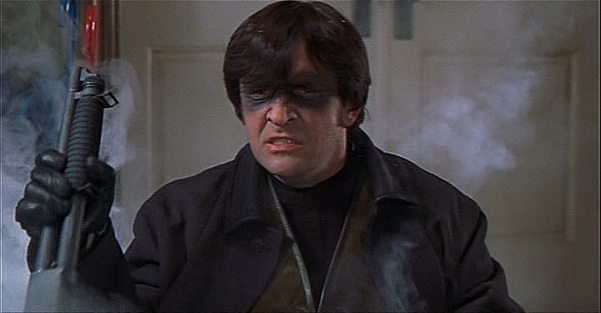 Beaupre reacts to being punched in the crotch.

The Remington 870 was seen carried by one of the police officers in the movie. 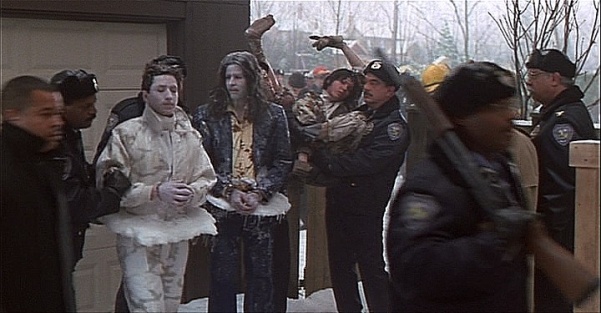