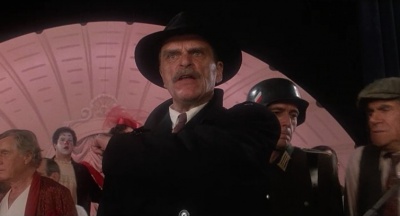 Henry Brandon was an American film and television actor, probably best known for his role as the villain, Chief Scar, in John Ford's classic, The Searchers. Born in Germany as Heinrich von Kleinbach and originally credited as Henry Kleinbach, he went on to play various villains of various ethnicities in both film and television.