Finances of the Grand Duke (original title Die Finanzen des Großherzogs; also released in English as The Grand Duke's Finances) is a German 1924 B&W silent adventure comedy directed by F.W. Murnau (it's the only comedy of this master of horror movies). The story is set on a fictional Mediterranean island of Abacco. Grand Duke Don Ramon, the ruler of Abacco, finds himself in heavy debt. His only hope is a wedding with the Russian Grand Duchess Olga. Don Ramon incognito goes to Berlin to meet Olga who is pursued by her brother, Crown Prince Nikolai who opposes this wedding. Meanwhile businessman Bekker, whose plans to start a sulfur mining on Abacco were rejected by Don Ramon, makes a conspiracy to overthrow the Grand Duke. Only the intervention of a gentleman thief Philipp Collins saves the day.

The following weapons were used in the film Finances of the Grand Duke (Die Finanzen des Großherzogs): 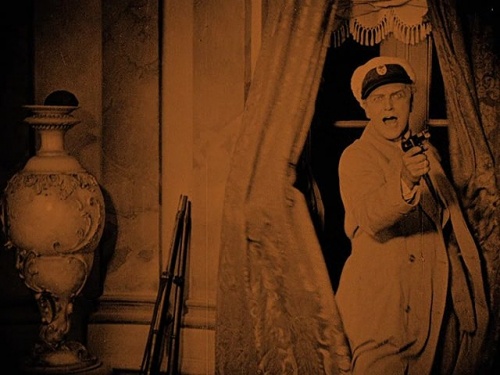 The Grand Duke surprises a group of conspirators. 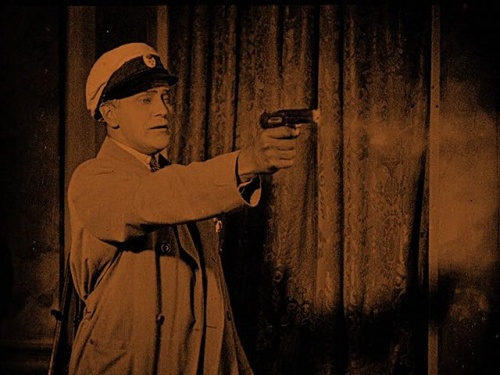 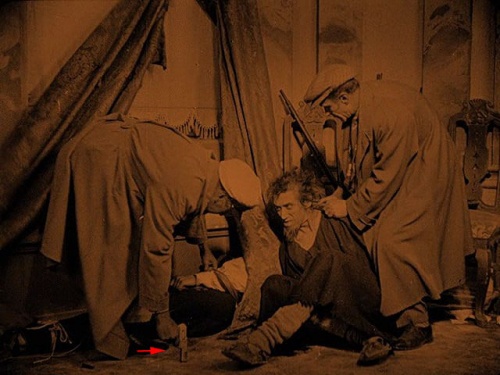 The Grand Duke picks up his pistol after the brawl with conspirators. 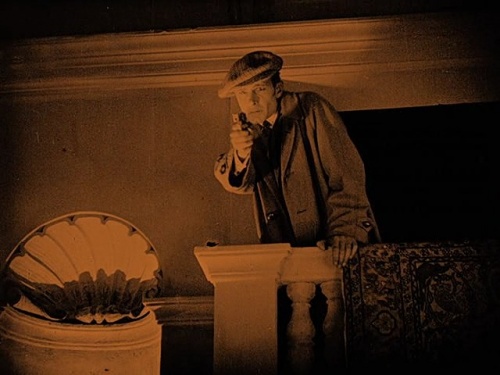 Luis Hernandez (Walter Rilla), Bekker's hireling and self-proclamed "President of Republic Abacco", has a Mauser C96 pistol at hand when he is surprised by Grand Duke and Collins. 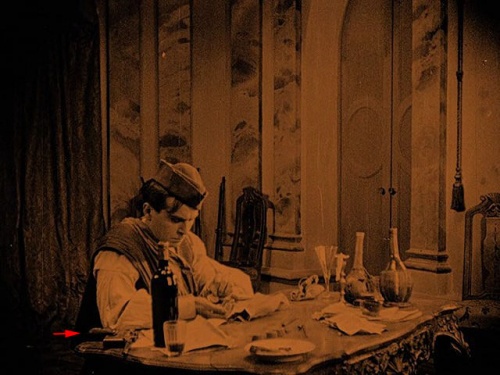 The Mauser C96 is seen on the table. 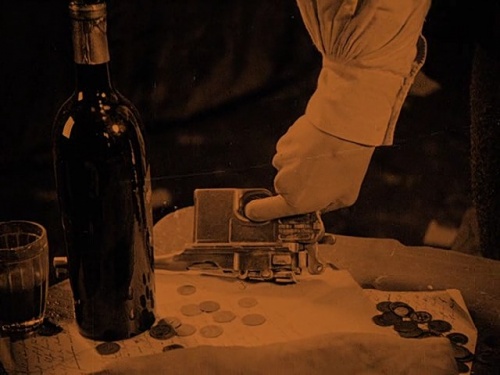 Hernandez tries to get his pistol. 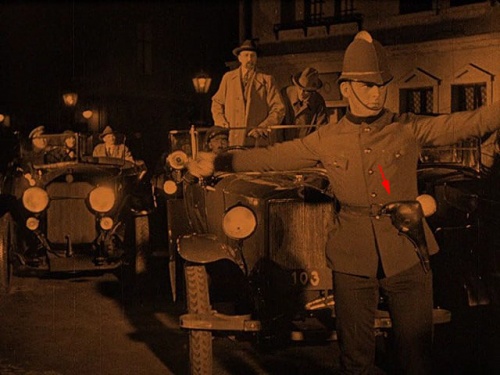 A policeman in Berlin carries a Reichsrevolver in holster. 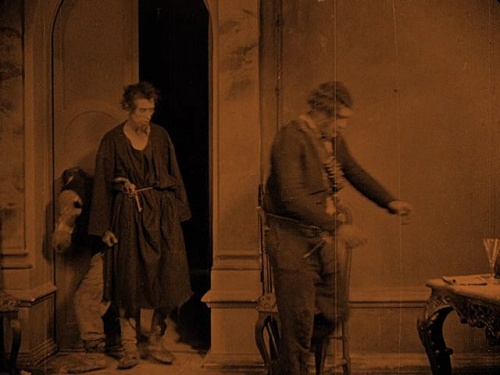 The conspirator has a revolver tucked at his belt. 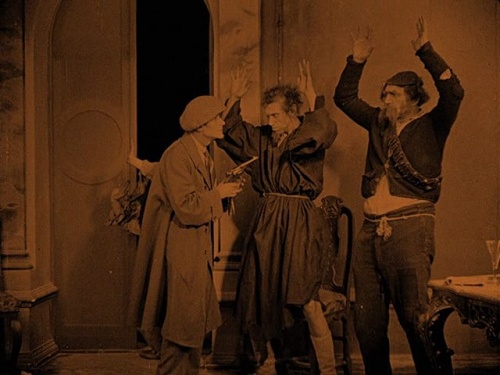 Most rifles in the movie are full length Mauser rifles that have straight bolt handles and ladder-type rear sights. Based on the location of the bolt handle and shape of the action these are Mauser Model 1871 rifles. These rifles are used by conspirators and by Russian sailors from Crown Prince Nikolai's ship. 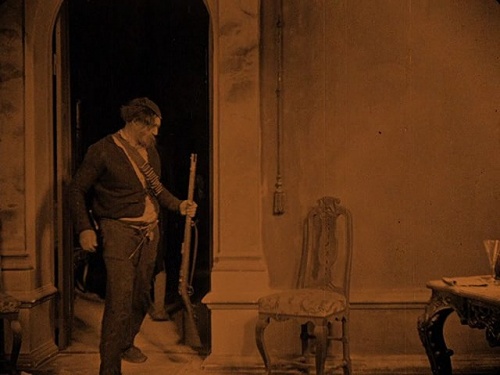 A conspirator (Georg August Koch; credited as "the dangerous conspirator") holds a Mauser rifle. This is the Jaeger Model 1871 based on the arrangement of barrel bands and sling, and finger rest projecting from the wrist of the stock behind the triggerguard.

A pair of Mauser rifles is seen at the left. 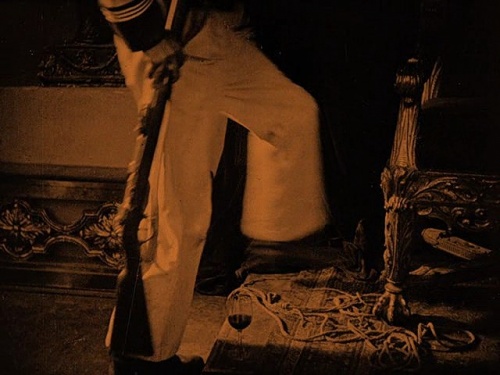 A Mauser rifle in hands of a Russian sailor. 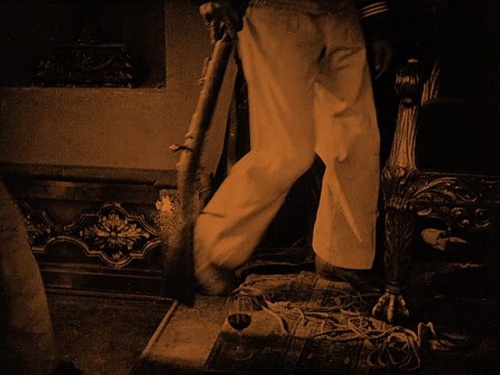 The straight bolt handle can be seen. This rifle has the long rear sight leaf and triggerguard-mounted sling of the infantry-length rifle. 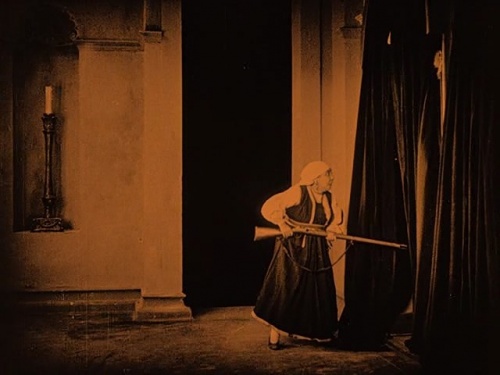 Augustine (Ilka Grüning), the Grand Duke's cook, pursues escaping conspirators with a Mauser rifle in hands. Again, the arrangement of the barrel bands and location of the sling mounts identify this as the Jaeger Model 1871.

Some Russian sailors carry Mauser Model 1871 carbines with short barrels and turned-down bolt handles. These are distinctive from the Serbian-contract M87/80 carbines because they lack the elongated receiver tang of the M78/80 Mauser-Milovanovich action. 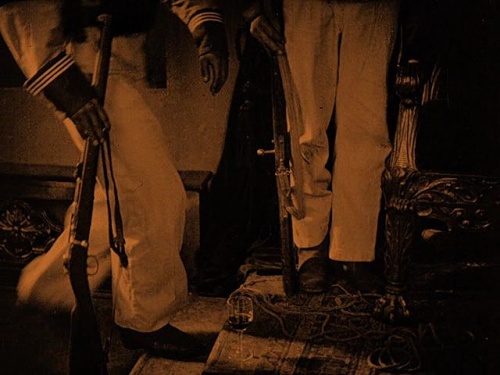 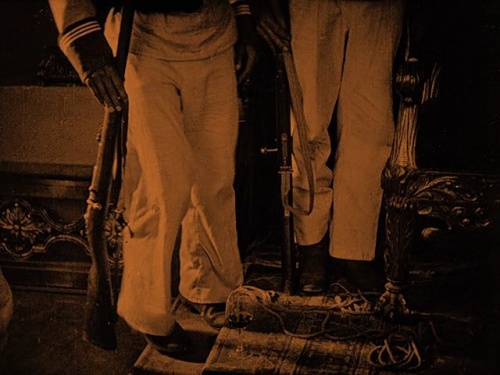 A sailor at the left holds a Mauser carbine. Note the turned-down bolt handle and short rear sight leaf.

What appears to be a Vetterli Model 1869/70 is seen in hands of a conspirator. 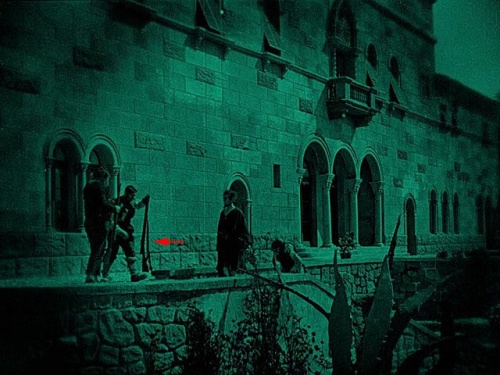 One of the men at the left holds a supposed Vetterli rifle. 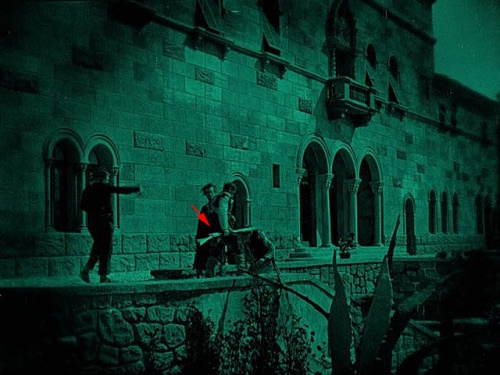 The same man with his rifle is seen in center.

A German M1916-class minesweeper stands for the Russian cruiser under the flag of Crown Prince Nikolai. It is armed with two 105mm guns on bow and stern and a pair of small caliber guns (possibly 5.2cm). 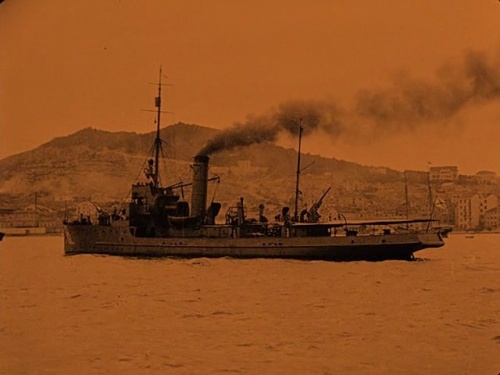 The ship goes to sea. The stern gun is seen. 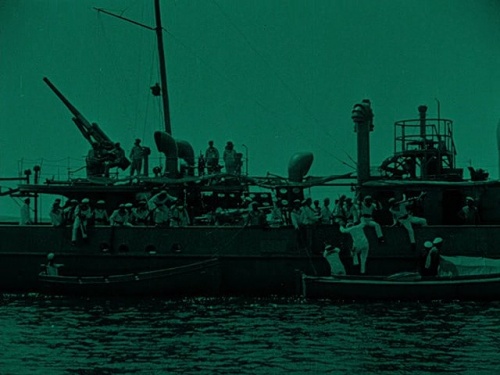 Another view of 105mm stern gun. 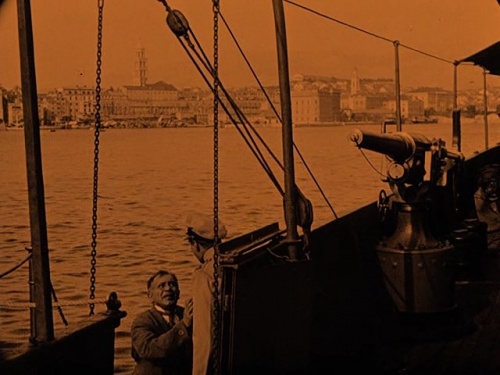 A small caliber gun on the starboard.
Retrieved from "http://www.imfdb.org/index.php?title=Finances_of_the_Grand_Duke_(Die_Finanzen_des_Gro%C3%9Fherzogs)&oldid=1079450"
Categories: