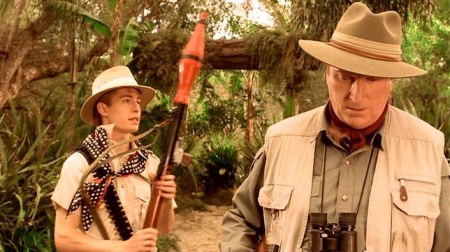 Edoardo Ballerini as Himmel holds the RPG-2 in The Pest.