Delta Force 2 is the second game of the Delta Force series of games by NovaLogic.

The following weapons appear in the video game Delta Force 2: 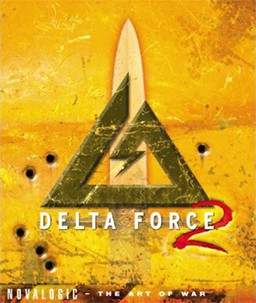 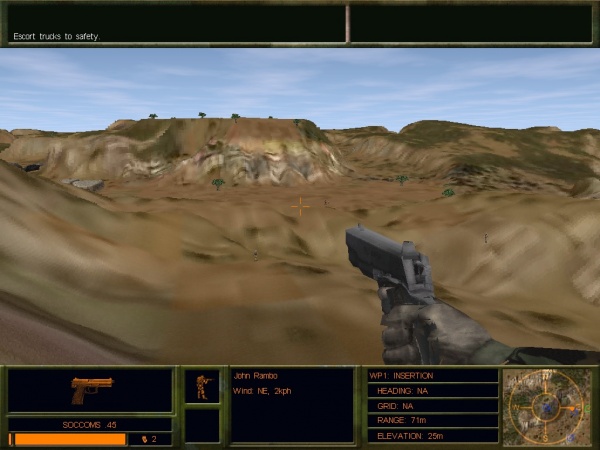 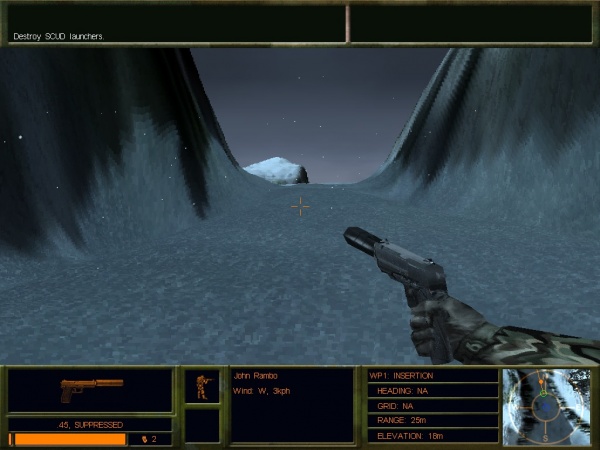 The Heckler & Koch P11 as the under water pistol in the Delta Force 2. 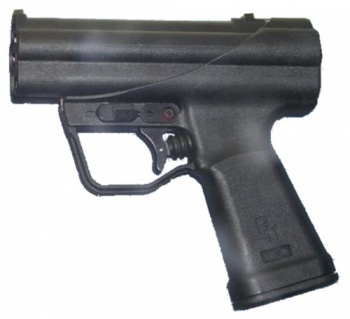 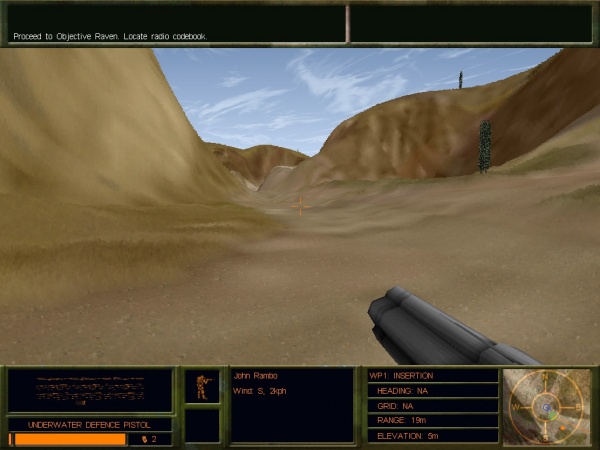 The only submachine gun of Delta Force 2 is the Heckler & Koch MP5SD3, and one of African terrorist seen with one. 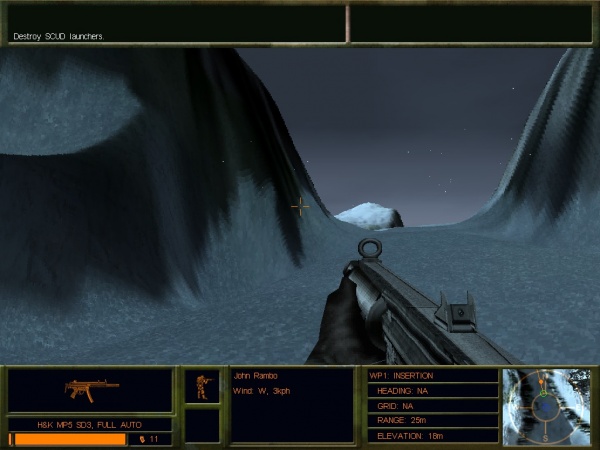 The only assault rifle use by player is the Colt XM4 Carbine,in the game called the "M4 Carbine" and always with M203,Knight's Armament Masterkey and a scope. 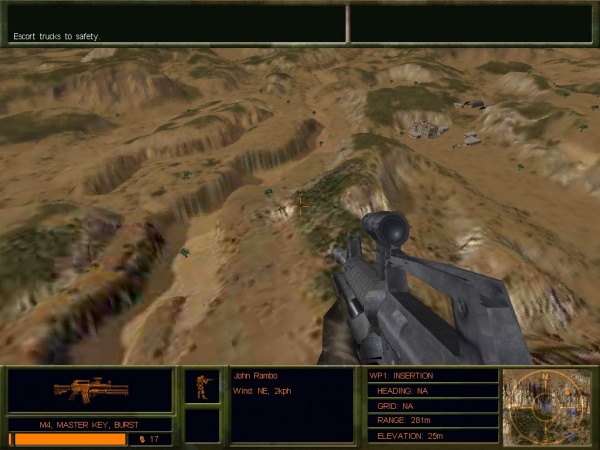 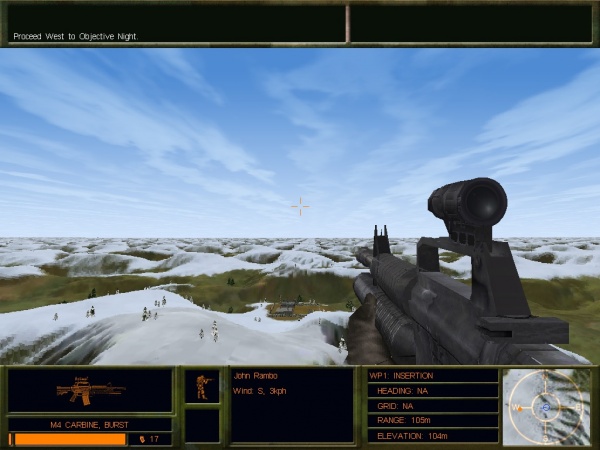 The [AK47] used by terroist, also seen with Spetsnaz in levels about US-Russo joint operation.

The APS Underwater Assault Rifle, alternately referred to as the "Water Rifle", is the second of two underwater firearms available in the game.

The Remington M40A1is the one of the sniper rifle in this game,the rifle is painted the custom camo,and most in terroist hands. 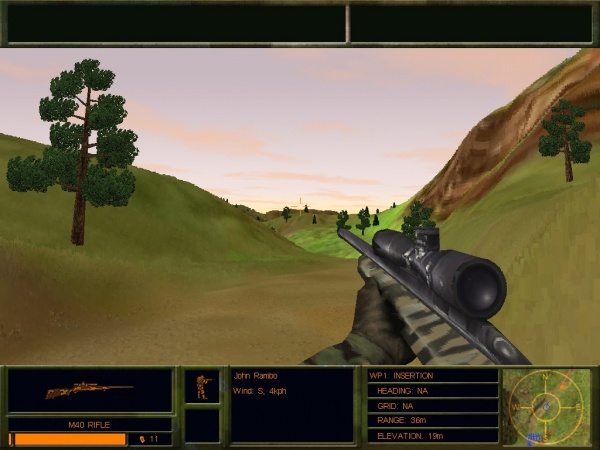 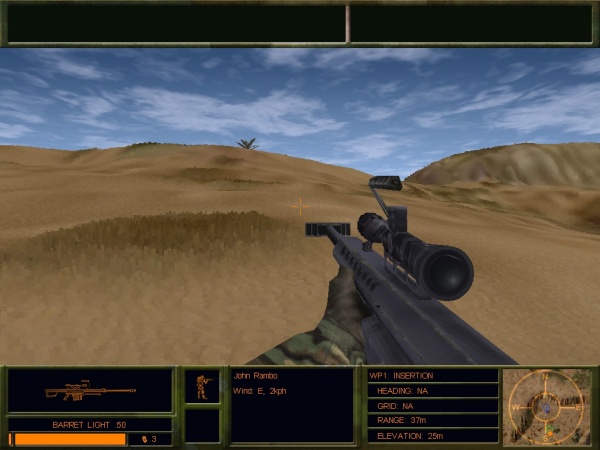 The only machine gun in Delta Force 2 is M249 SAW. 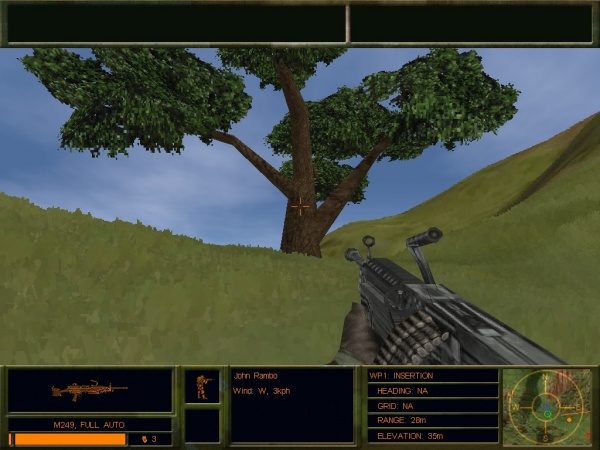 The GIAT M621 is mounted on enemy's Aérospatiale Gazelle SA-341 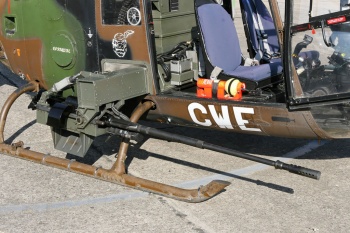 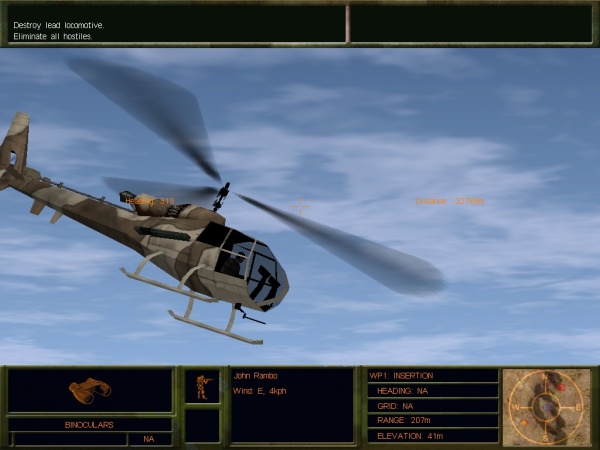 A North Africa rebel's SA-341 is on to border guard base.

The Gryazev-Shipunov GSh-30-1 is mounted on Mig-29 Fulcrum,it's never fired. 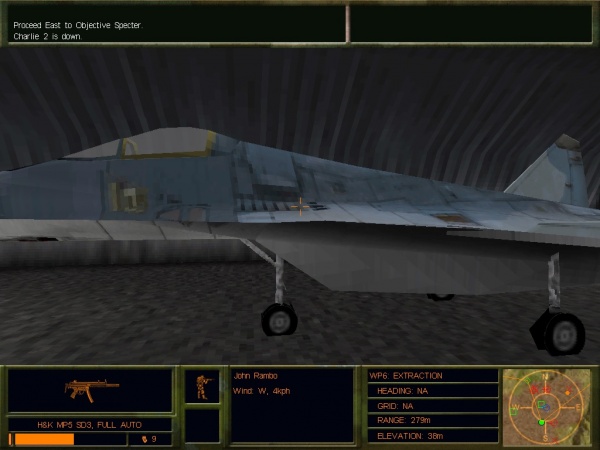 An enemy's Mig-29 is armed in the hanger.This model is from "MiG-29 Fulcrum",another game from Novalogic. 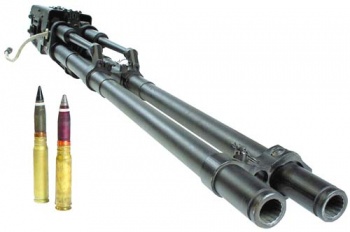 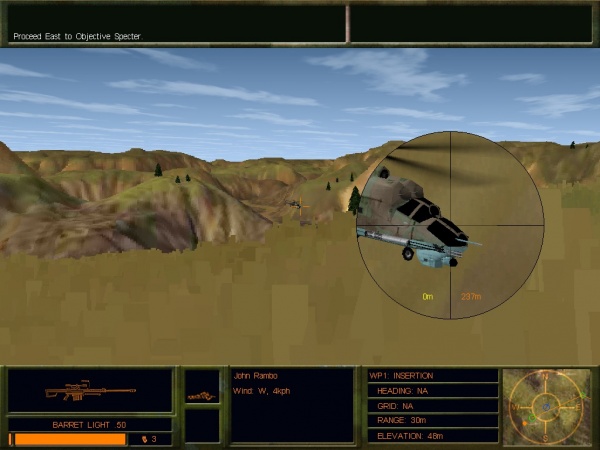 The Shipunov 2A42 is mounted on enemy's Mi-28 Havoc,it's never fired. 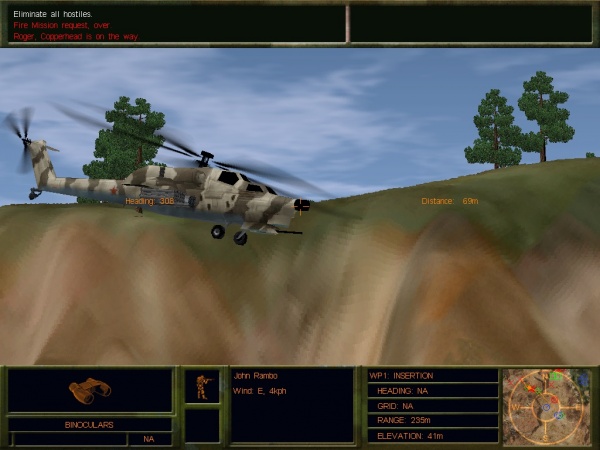 A North Africa rebel's Mi-28 is on to supply.

The only rocket laucher in Delta Force 2 is M72 LAW. 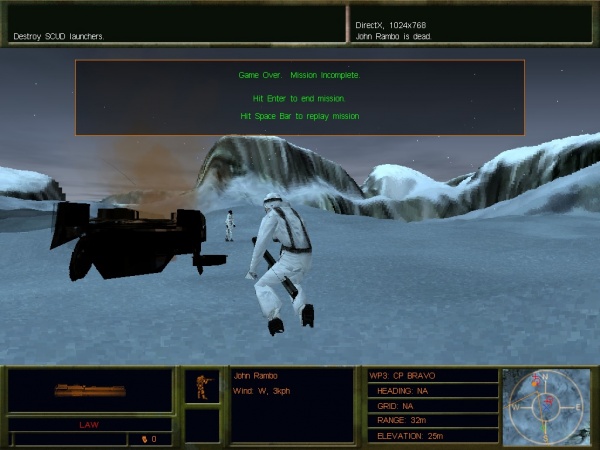 A fallen Delta Force operator is held the M72 LAW