Introduced in 1907 as the Army Special in the new .38 Special to replace the failed Colt New Army & Navy. In 1927, having been passed over for .45 pistols by the US Army, but adopted by many police departments, Colt renamed it the Official Police. Manufactured between 1927 to 1969 of fine carbon steel, with bright royal Colt blued as well as nickel plated finishes, and was offered in 4”, 5”, and 6” barrels. From 1935 - 1969 it could also be ordered with a heavy barrel. It was manufactured in a variety of calibers including .22 LR, .32-20 ,.38/200 (British governmental contract during WWII), .41 Long Colt, and .38 Special. Colt produced over 400,000 revolvers, the Official Police ranks as one of the most successful and well-liked handguns ever made. During World War II the Colt Official Police became the Colt Commando for use by US Government Agencies and for Lend Lease. The most famous agency to use the Colt Commando was the OSS which became the CIA.

The Colt Official Police and variants can be seen in the following films, television series, video games, and anime used by the following actors: 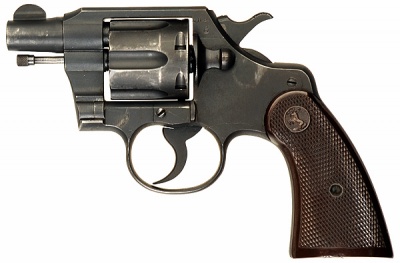 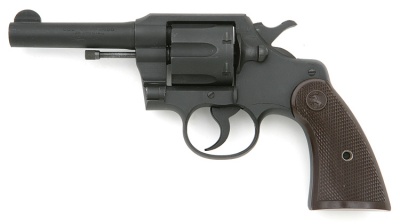 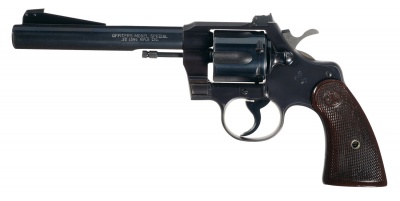