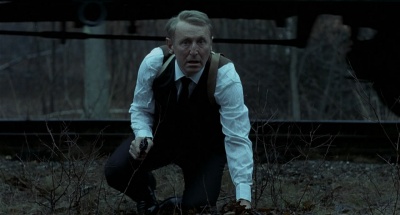 André Zacharie Raimbourg (July 27, 1917 - September 23, 1970), known under stage name Bourvil (after the French town where he lived in childhood), was a well known French actor and singer. He is best known for his comedy roles in movies directed by Gérard Oury.