The Bear (Medved) is a Soviet 1938 B&W comedy movie, a screen adaptation of the same name play by Anton Chekhov. A landowner Grigori Smirnov (Mikhail Zharov) visits Yelena Popova (Olga Androvskaya), a widow whose late husband owes Smirnov a large sum. A quarrel emerges between Smirnov and Popova. Being insulted, Smirnov calls for a duel, not looking on gender of his opponent. To mutual pleasure, the duel turn into lyric scene.

The following weapons were used in the film The Bear (Medved):

Two Smith & Wesson No.3 Russian Model revolvers are used by Grigori Smirnov and Yelena Popova during their planned duel. 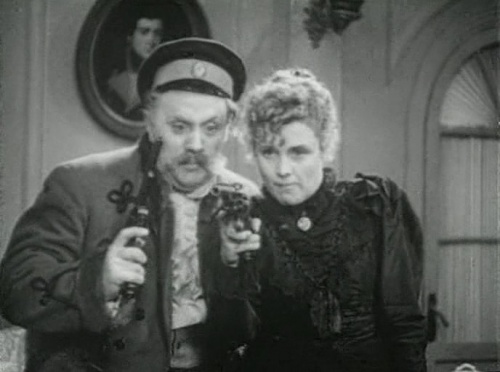 Smirnov teachs Popova how to use a gun. 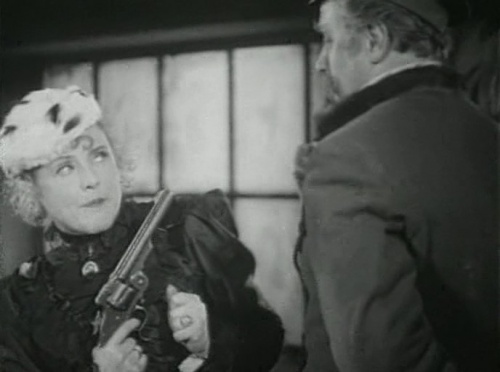 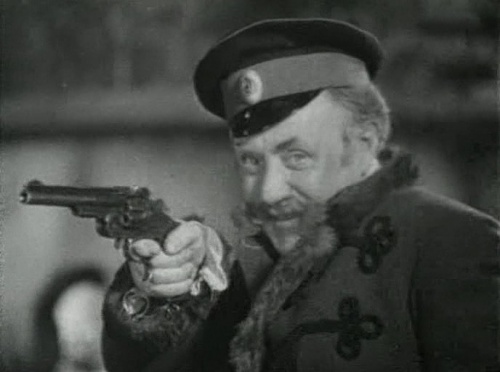 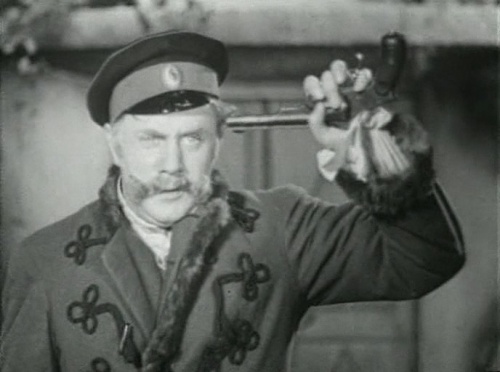 The grip and rear part of the frame are seen.

A Percussion Cap Pistol is seen on the wall of Smirnov's house. It resembles Russian M1854 Naval model, though not for sure. 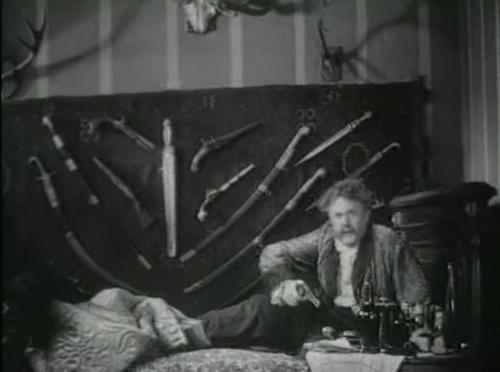 A percussion cap pistol is seen on top left.

A pair of Flintlock Pistols is also seen on the wall. One of them appears to be a Caucasian type while the other looks like some military model.

A pair of flintlock pistols is seen at the right. The one on top is military-style, the bottom one is Caucasian-style. 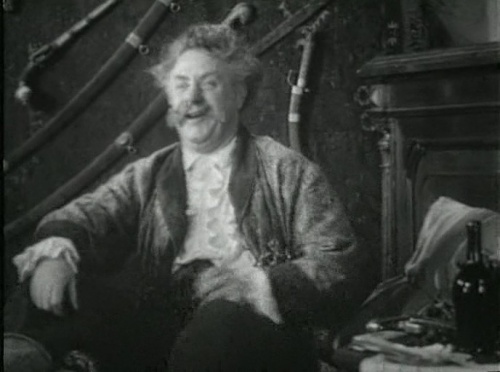 A flintlock or percussion cap short-barreled carbine is also seen on the wall. In size and shape it resembles one of Russian cavalry Stutzers (rifled carbines).

A carbine is seen at the left below percussion cap pistol.
Retrieved from "http://www.imfdb.org/index.php?title=Bear_(Medved),_The&oldid=1059387"
Categories: