Bayonetta can be seen with a new iteration of her signature pistols, though they are blue instead of red. 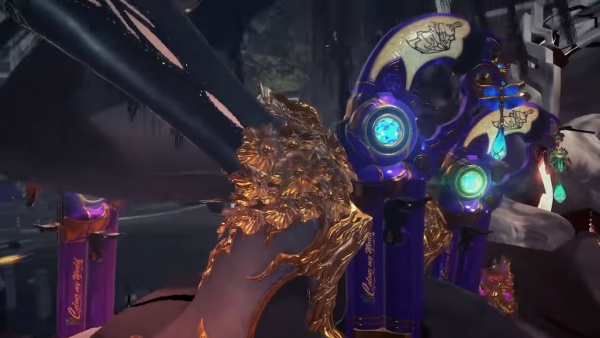 A close-up shot of her heel-mounted pistols... 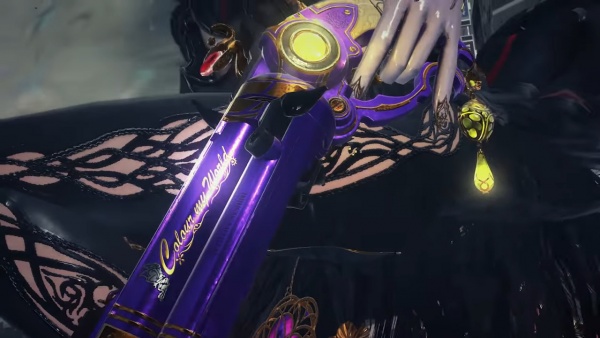 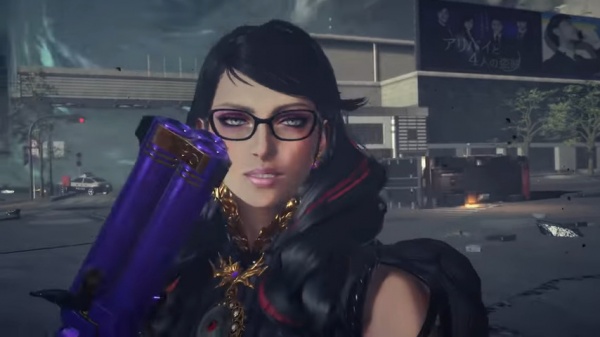 ...and a new look of our heroine. As seen here, her pistol has three barrels.

Japan Ground Self-Defence Force soldiers can be seen wielding the new Howa Type 20 rifle, the successor to the Howa Type 89. While unusable in-game, Bayonetta 3 is likely the first video game to feature the new weapon. 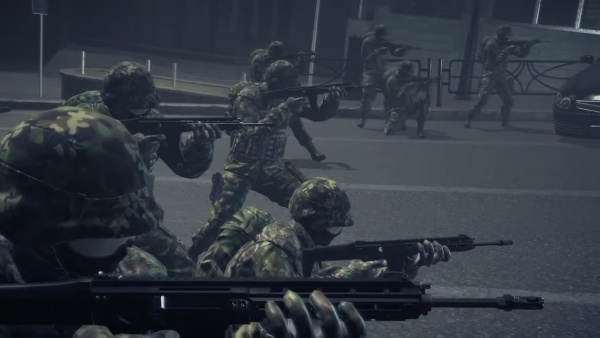 JGSDF soldiers move down the district of Shibuya, Tokyo. 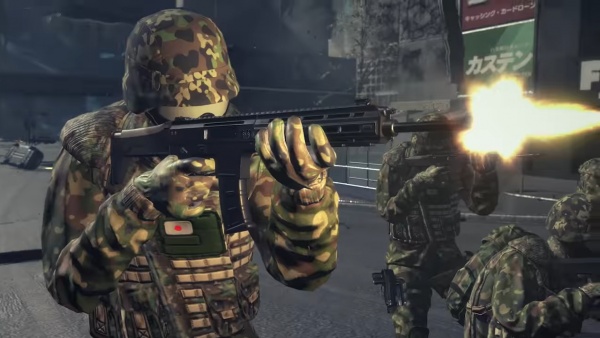 A couple of JGSDF soldiers can be seen firing RPG-7 rocket launchers. An odd choice, since the RPG-7 is a Russian weapon and the main anti-tank launcher of the Japanese forces is the Howa Type 84RR, a licensed variant of the Carl Gustav M2. 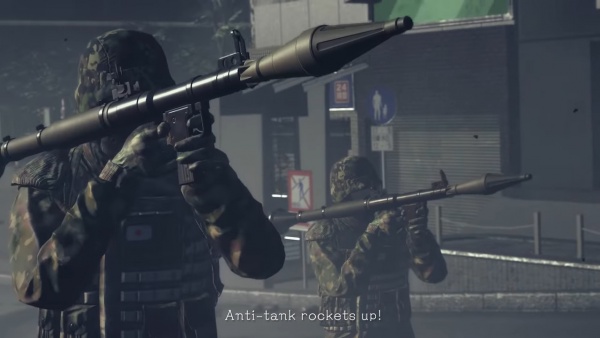 The APC sent to attack the monster in Shibuya is armed with a Browning M2 Heavy Barrel machine gun. 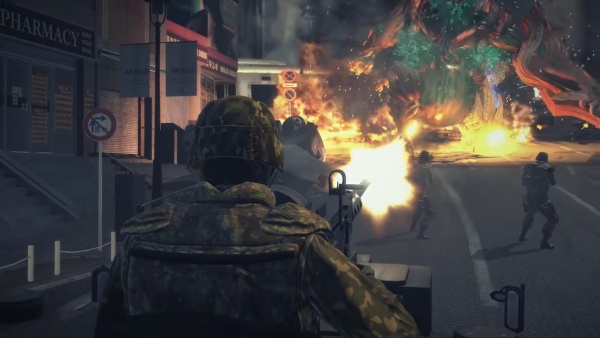 An APC gunner fires his M2HB at the attacking monster.
Retrieved from "http://www.imfdb.org/index.php?title=Bayonetta_3&oldid=1444387"
Categories: