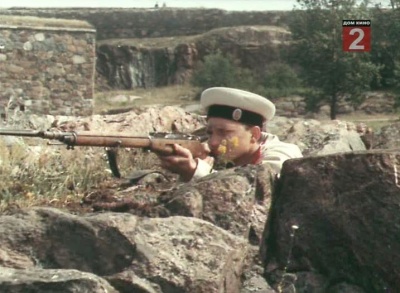 Aleksandr Hotchenkov holds a Mosin Nagant M1891 as a rebel soldier in Sveaborg (1972).

Aleksandr Yakovlevich Hotchenkov (born March 26, 1946) is a Soviet and Russian screen and stage actor. In 2002 he was awarded the title of People's Artist of Russia.