1918: Uprising of the Sailors is a 2018 documentary about the days between October 30 and November 9, 1918, which led to the emergence of the Weimar Republic: Shortly before the end of World War I, the sailors of several ships refuse to sail out for a senseless decisive battle against the British Navy. In Kiel, thousands of working-class men and women side with the rebels, demanding first an end to the war and then also the deposition of the emperor. The docudrama centers on sailor Karl Artelt, his fiancée Helene Hartung, her brother August, SPD Reichstag member Gustav Noske and the governor of Kiel, Admiral Wilhelm Souchon.

The following weapons were used in the film 1918: Uprising of the Sailors:

Several sailors including Karl Artelt (Lucas Prisor) and Werner Riedel (Andreas Dobberkau) arm themselves with Luger P08s which appear to be Denix replicas. 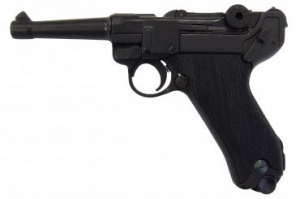 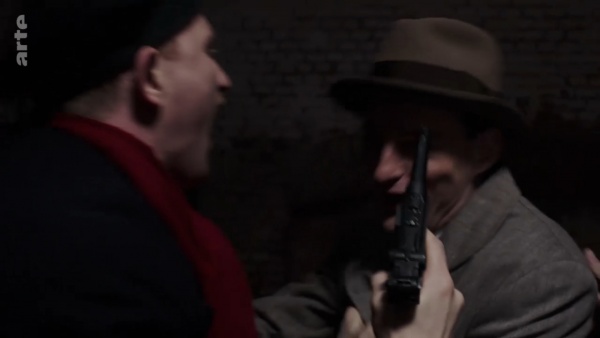 Karl with his Luger celebrates together with liberated sailors. 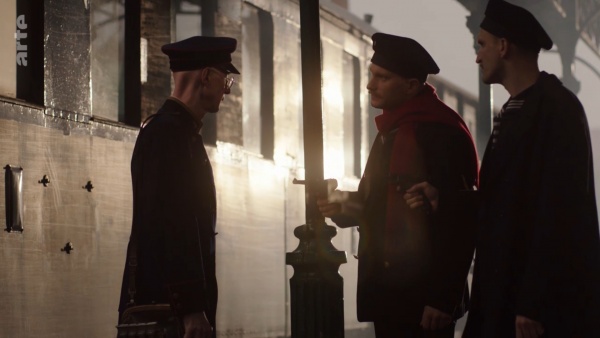 Karl and Werner point their pistols at a conductor at the Kiel train station. 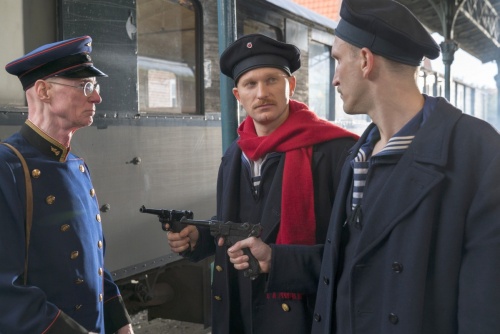 A promotional picture of the scene above offering a better view of the Lugers. 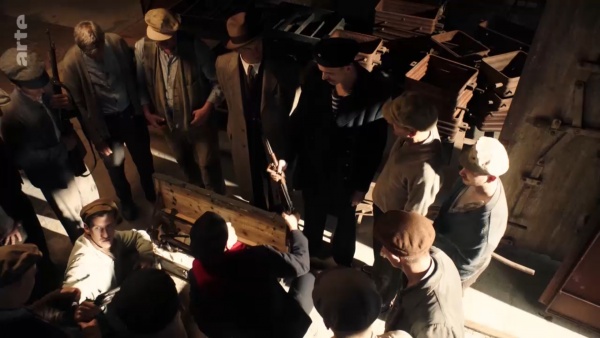 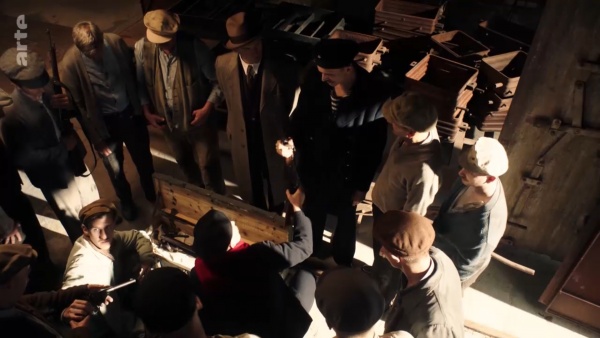 Seen in the lower left corner.

German sailors and soldiers are armed with Gewehr 1888/05 which is correct for rearguard troops during WWI. 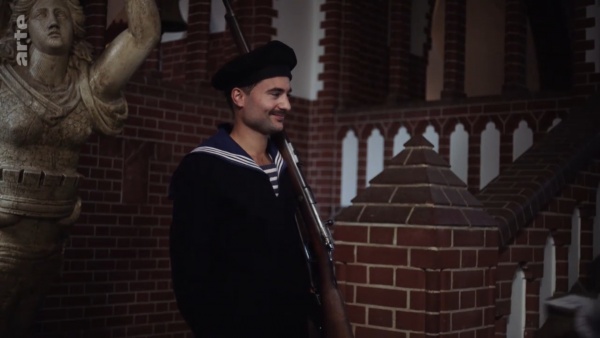 A sentry at the Navy HQ in Kiel stand guard with his Gewehr. 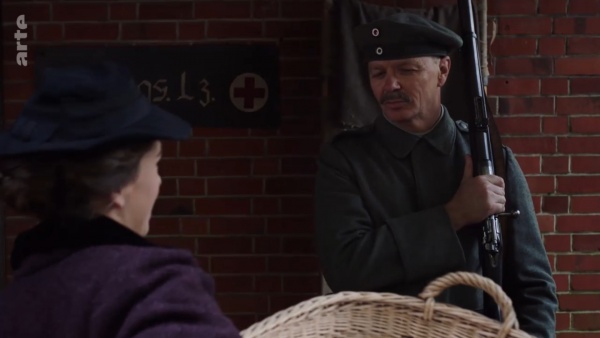 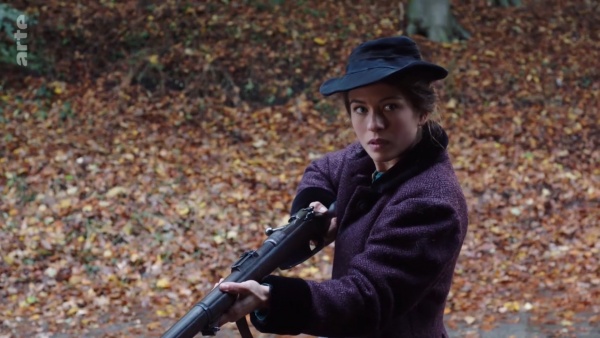 Helene in control of the guard's rifle. 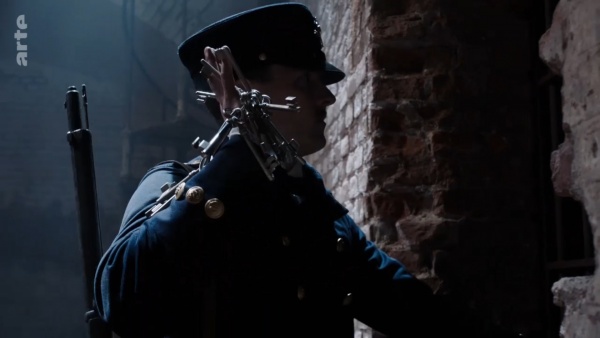 A view of the thick muzzle. 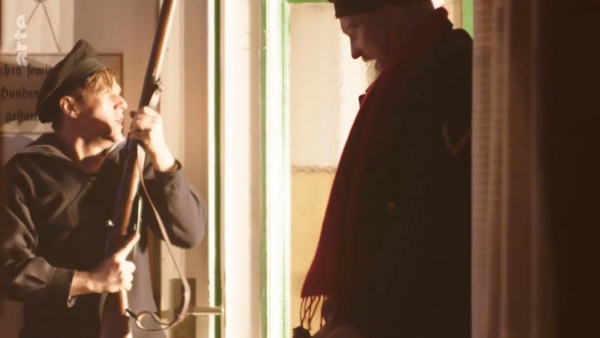 Herman Knüfken holds a Gewehr during a firefight with goverment troops.

Some French Berthier Model 1916 Carabines are also used by sailors. This is probably a substitute for other German service rifles from that time period but is not entirely historically incorrect; since many weapons from the French army were also reused by German troops, even if in small numbers. 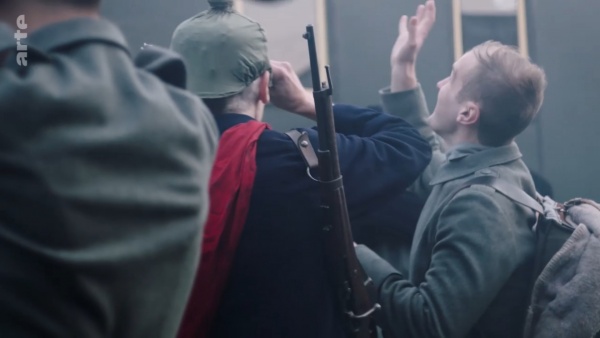 A sailor carries a Berthier over his back. 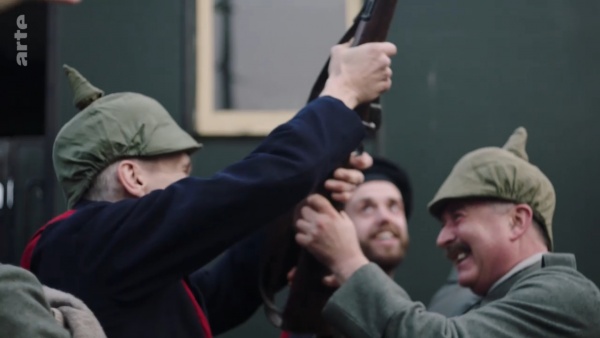