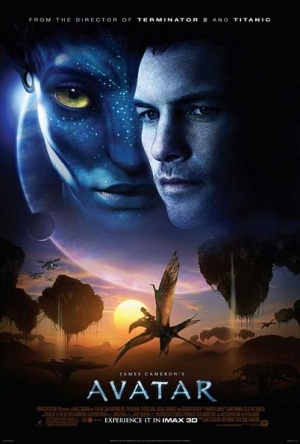 Avatar is the 2009 science fiction adventure film directed by James Cameron and stars Sam Worthington as Jake Sully, a disabled former Marine who travels to a far off world to participate in a special scientific program where he will have his mind take control of a genetically engineered body that resembles the native inhabitants of the planet. The film would go on to become the highest worldwide grossing film of all time (surpassing Cameron's own Titanic), until 2019, when Avengers: Endgame would take the crown. Cameron is planning to return to the world of Avatar with three sequels, beginning in December of 2022. 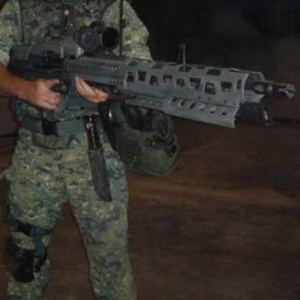 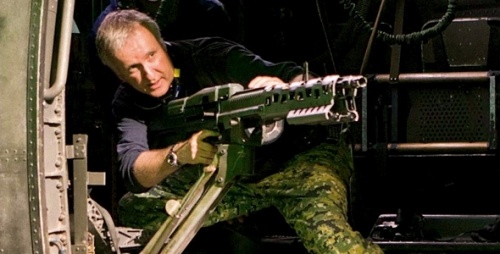 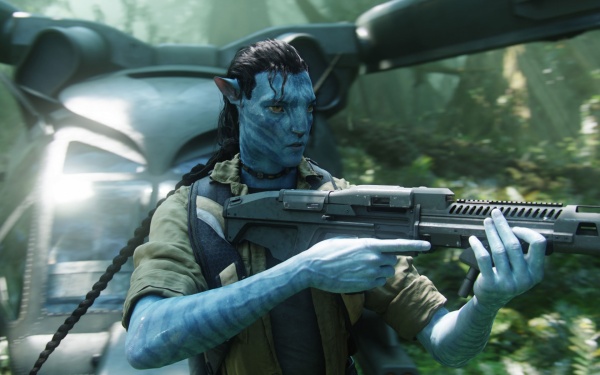 A WASP revolver is the sidearm of Col. Quaritch (Stephen Lang) and uses 9mm hypervelocity sabot rounds. He keeps the handgun in a crossdraw thigh holster and is seen using it when he tries to stop the fleeing Samson helicopter, and during the final battle to try to dislodge Jake. (The name for the handgun is taken from the "Avatar Survival Guide".) The handgun is said to resemble the Russian revolver MP-412.

The original prop was actually assembled around a Ruger GP100 .357 Magnum using CNC machined alloy housings over top of the real weapon. Hammer tang was cut off meaning it could only be fired double action and the prop was designed to appear as though it has a break-open action, however it retains the "flip-out" cylinder of the donor weapon (at some considerable technical effort) in order for it to be able to be loaded and fired (blanks). There was only ONE hero prop, and at least one stunt prop (distinguishable by the back of the trigger being filled in as in pic below). 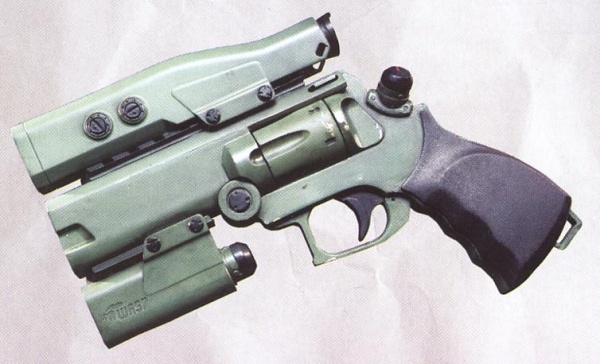 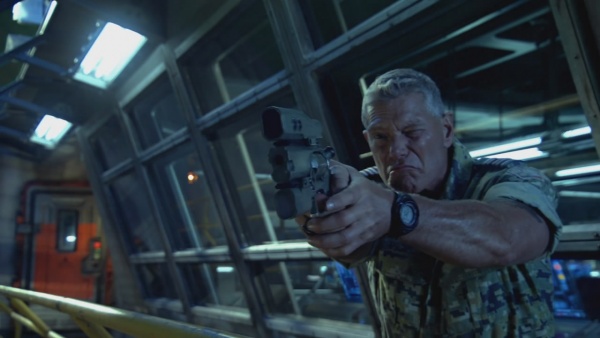 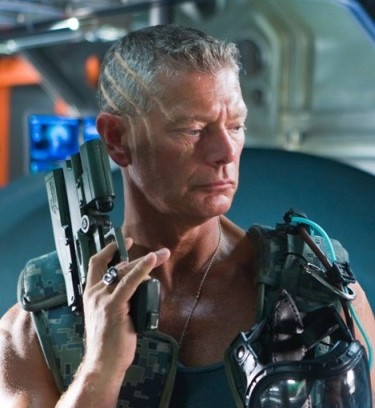 The RDA SecFor on Pandora use the fictional GS-221 BCU modular rifle. According to the "Human Hardware" featurette, the weapons are made by the fictional company "MATANZA ARMS CORP.". The props, realized by Weta Workshop, have been built in at least 2 primary variants: the Standard Issue Rifle GS-221 and the Personal Defence Weapon (PDW) variant with a shorter barrel. Col. Quaritch (Stephen Lang) fires a PDW variant at the film's heroes as they escape the main RDA base in a Samson helicopter, before switching to his revolver. From a closer inspection of the weapons, resemblances can be clearly seen to the MR-C (Modular Rifle Caseless) that appeared in Tom Clancy's Ghost Recon Advanced Warfighter series of games.

The full-size version of the GS-221 can also be fitted with an underslung shotgun/grenade launcher, although these are never seen being fired in the film. However, the launcher appears to be a drastically shortened version of the combat shotgun also carried by RDA troops (fitting with the modular theme of the RDA's armaments). The active firing versions of the Standard Issue Rifle and Personal Defence Weapon contained a customized Ruger Mini-14 receiver and shortened barrel. Neither of these blank firing weapons were present with the Australian filming unit due to weapon laws. They were only used by American units. 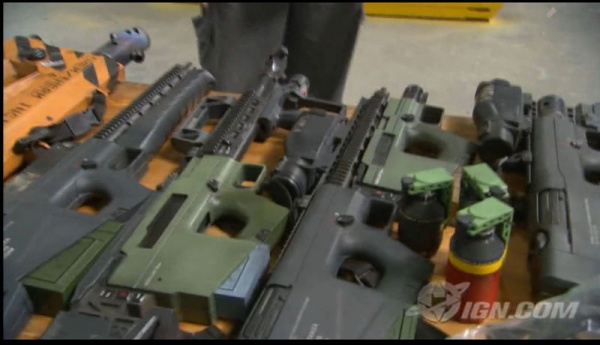 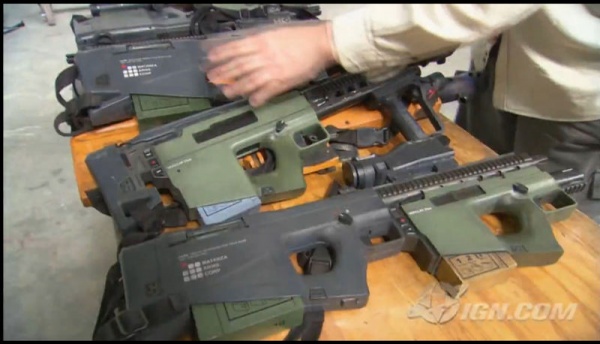 Seen used by RDA operatives in the trailers. Trudy Chacon (Michelle Rodriguez) and Norm Spellman are seen armed with one in the film. The live fire props were based on Norinco HP9-1/Norinco Hawk 982 shotguns. 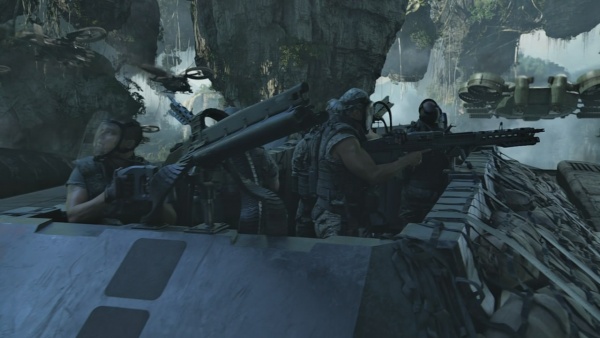 An RDA soldier mans the Hydra. 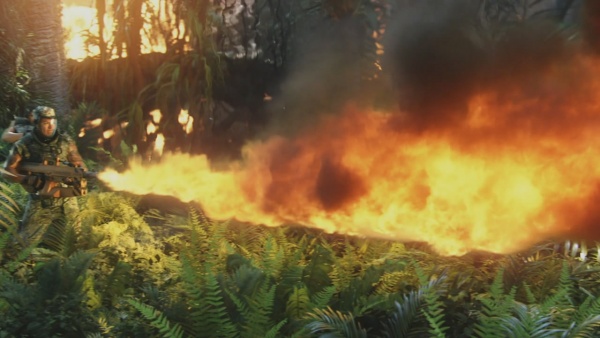 Carried like rifles by the AMP suits. Col. Miles Quartich (Stephen Lang) and Cpl. Lyle Wainfleet (Matt Gerald) use GAU-90's on their suits during the final battle. The GAU-90 uses 30mm rounds and has two huge sling hooks notably. It has an attached bayonet despite clearly being a long-distance weapon. 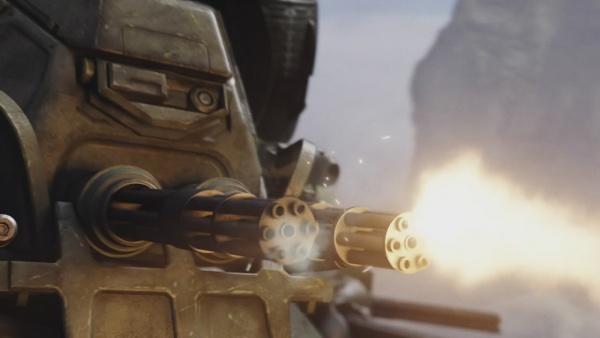